August 8, 2002
I arrived below the 38th parallel.  Everyone and every place I know are below the waist
of a nation.  Before I arrived, empire arrived, that is to say empire is great.  I follow its geography.  From a distance the waist below looks like any other small rural village of winding alleys and traditional tile-roofed houses surrounded by rice paddies, vegetable fields, and mountains.  It reminded me of home, that is to say this is my home.

Close up: clubs, restaurants, souvenir and clothing stores with signs in English, that is
to say English has arrived before me and was here even before I had left.  PAPA SAN, LOVE SHOP, POP’S, GOLDEN TAILOR, PAWN.  I followed the signs and they led to one of the gates to Camp Stanley, a heliport, that is to say language is not be to believed but to be obeyed, and to compel obedience.  A woman in her seventies lived next to LOVE SHOP. She was taking an afternoon nap.  She has never left below the waist and eventually came to be regarded as a great patriot by her government, that is to say she followed the signs and suffered from lice infestation during the war and passed the lice on to the GIs.  I followed the houses that reminded me of home.  They led me to another metal gate and barbed wire.  Another woman was having lunch at My Sister’s Place. She did not remember which year she had returned except that she remembered hearing about the assassination of our Father, that is to say she was here and I was still elsewhere and the unity of language is fundamentally political.  She told me a story with her right index finger.  Her finger fiercely pointed to her mouth, then between her spread legs, and then her behind.  She had no choice under the GI’s gun, that is to say she had no choice about absolute choice, that is to say her poverty was without choice and when absolute choice was forced upon her she chose a GI, that is to say she chose empire because empire is greater than our Father, that is to say she followed and left her daughter to its geography and her index finger had no choice but be fierce under absolute choice, that is to say she had arrived home.

Don Mee Choi was born in Seoul, South Korea in 1962 and now lives in Seattle, where she works as an adult basic education instructor. In addition to her own poetry, she is a prolific translator of modern Korean women poets, including several books by Kim Hyesoon.

In the artistic work of Don Mee Choi multi-linguality is a political gesture of resistance – of Speaking Differently and Remembering Differently – against established forms of memory and remembrance. In Hardly War she investigates the traumatic echoes and deep-rooted ramifications of the Korean and Vietnam wars and of American colonial policy and asks questions about their impact on her childhood and present. To do this she works both transmedially and transhistorically, sampling heterogeneous geopolitical and historical fragments and integrating postcards, drawings, sheet music and photos into her texts. These are artefacts of her father’s, who was a war photographer. 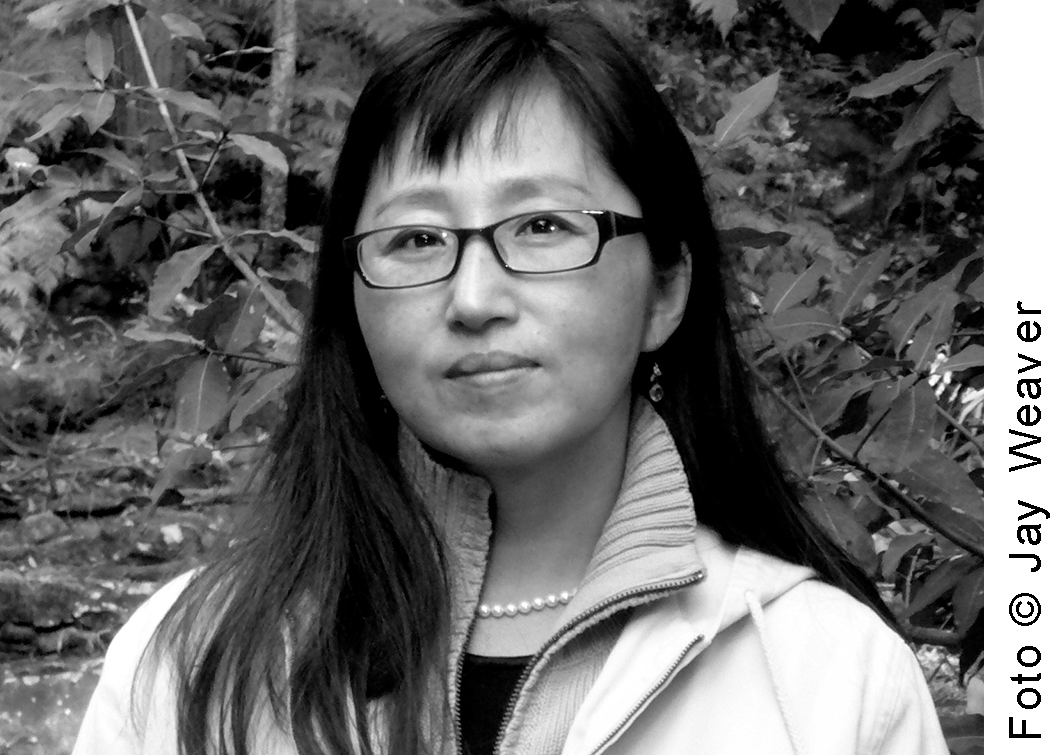 Foto © Jay Weaver
In this way, Hardly War does not just reflect on the role of the camera and of observing misery and war, just as her first work, The Morning News is Exciting, also did, in an extraordinary variety of forms including opera libretto, lists and songs, but also looks at relationships with fathers, militarism, nationalism, origins and patriarchy.

In 2019 Don Mee Choi is a fellow of the DAAD Artists in Berlin Programme.