An arrow of birds piercing the sky
might have meant for a bard of old an omen
of those small, obscure mistakes to be feared
when the gods come down to pass judgement.
The troubadour would have made of it the foretelling,
with his poetic impulse, of fine weather.
The romantic lyricist a pathetic symbol
of the irredeemable passing of the years.
And the postmodern writer sees in it the image
of human levity and inconsistency,
of so much life outside the self.
These birds, however, are not from far away,
they are neither cranes nor ducks nor storks,
they nest nearby, in the middle of fields and woods,
and soon this formation of haphazard shape
mingles with a throng that circles
in convulsive excitement a few houses away.
They are gulls, made silvery by the light above them,
not from the sea in the wake of a storm,
nor from a port when the ferries dock,
but from an enormous stinking refuse-tip.
Former sea-rats, they are the carrion-eaters
of a world thrown away in mountains of rubbish.
They have emigrated for good and all
from the natural environment they once belonged to,
from a life that was cruel, uncertain and hard
to a constant state of well-being
where the diet is less fresh and more certain,
and where they waste their time quarrelling
for no apparent reason, except perhaps boredom,
over the hollow body of a headless doll.

Jordi Julià i Garriga (Sant Celoni, Vallès Oriental, 1972) is a Catalan poet with a PhD in Theory of Literature and Comparative Literature from the Autonomous University of Barcelona, where he is now a lecturer. 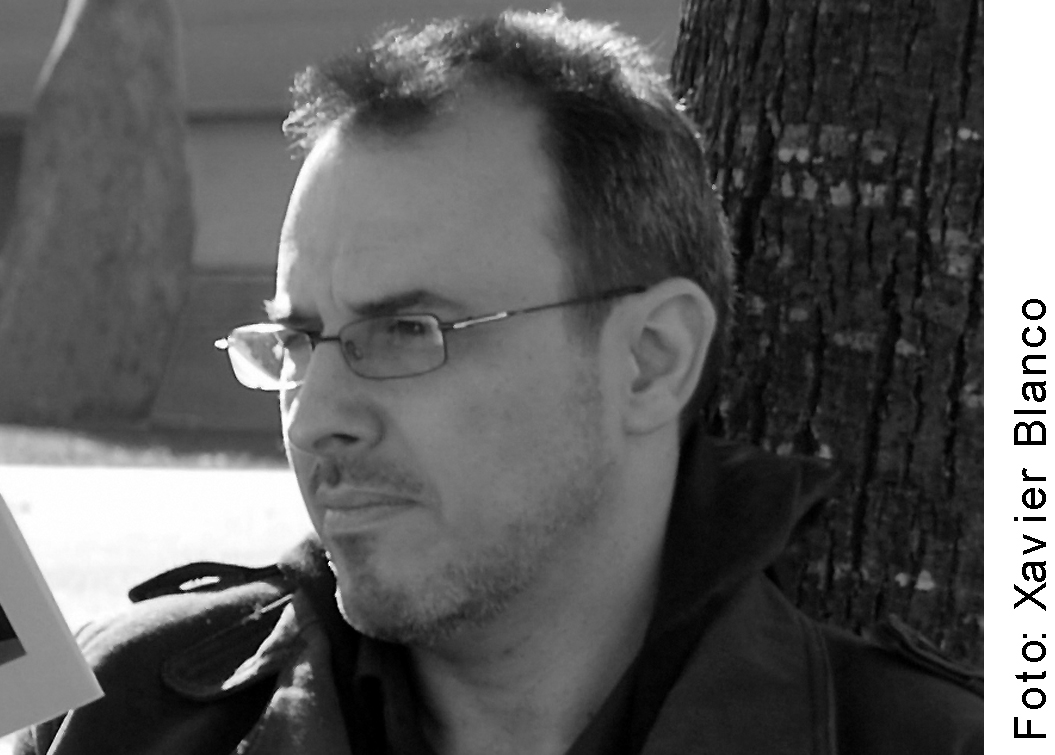 Foto © Xavier Blanco
Julià has also been succesful in the field of the literary criticism. La perspectiva contemporánea was awarded in 2002 with the Dámaso Alonso Prize for Philological Research). In 2003, his book La mirada de Paris received the Siglo XXI International Essay Prize of Mexico. He has studied the work of the catalan poets Gabriel Ferrater (El poeta sense qualitats, 2004) and Màrius Torres (Les coses tal com són, 2011). Along with Pere Ballart, he has published a compillation of catalan poetry of the last century (Paraula encesa, 2012).