A second genetic code remains largely undeciphered
his structure of enzymes coupled each amino acid
to an appropriate transfer in his molar fillings
His language both non-degenerate and Ah! Bellman!
More deterministic than a frozen accident

What what courage and fortune overlap provide
scales of or on the top edge of a garden fence
Hi! there! decisions between gravity and entropy
produce call it a drawing
after an essential repair of neuron
restitution but not reversal 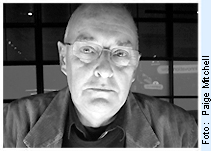