If I were French, I'd write
about breasts, structuralist treatments
of breasts, deconstructionist breasts,
Gertrude Stein's breasts in Parc-Lachaise
under stately marble. Film noire breasts
no larger than olives, Edith Piaf's breasts
shadowed under a song, mad breasts raving
in the bird market on Sunday.
Tanguy breasts softening the landscape,
the politics of nipples (we're all equal).
A friend remembers nursing,
his twin a menacing blur. But wait,
we're in America, where breasts
were pointy until 1968.1 once invented
a Busby Berkeley musical with naked women
underwater sitting at a counter
where David Bowie soda-jerked them
ice cream glaciers. It sounds so sexual
but had a Platonic airbrushed air.
Beckett calls them dugs, which makes me think
of potatoes, but who calls breasts potatoes?
Bolshoi dancers strap down their breasts
while practicing at the bar.
You guess they're thinking of sailing,
but probably it's bread, dinner,
and the IgorZlolik Show (their
Phil Donahue). There's a photo of me
getting dressed where I'm surprised
by Paul and try to hide my breasts, and another
this year, posed on a pier, with my breasts
reflected in silver sunglasses. I blame
it on summer when flowers overcome gardens
and breasts point at the stars. Cats
have eight of them, and Colette tells
of a cat nursing its young while
being nursed by its mother. Imagine the scene
rendered human. And then there's the Russian
story about the woman...but wail,
they've turned the lights down, and Humphrey
Bogart is staring at Lauren Bacall's breasts
as if they might start speaking.

Maxine Chernoff was born in Chicago, Illinois, in 1952. She is a novelist, writer, poet, academic and literary magazine editor. Furthermore, Chernoff is the Chair of the Creative Writing program at San Francisco State University.

With Paul Hoover, Chernoff edits the long-running literary journal New American Writing, for which she won an Editor's Award from CLMP in 1988. Chernoff is the author of six books of fiction and nine books of poetry. Her work has appeared in many magazines including Conjunctions, Zyzzyva, North American Review, Chicago Review, The Paris Review, Partisan Review, New Directions Annual, Denver Quarterly and Verse. With Paul Hoover, Chernoff has translated The Selected Poems of Friedrich Hölderlin, which was published by Omnidawn Press in 2008 and received endorsements from John Ashbery, Rosmarie Waldrop, Pierre Joris, Robert Alter and Michael Hulse. Chernoff has partaken in many poetry events around the world, f. e. in Liege (Belgium), Cambridge (England), Sydney (Australia), Berlin (Germany), Sao Paolo (Brazil), Glasgow (Scotland), Yunnan Province (China) and St. Petersburg (Russia). 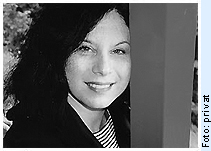