‘History is the love that enters us through death; its discipline is grief.’
—Anne Michaels

Whatever rage has come through these sealed doors,
and scalded us black and frayed, we have no name for.
We cannot explain the quiet, sleepless shift of whispers,
a procession of shrouds along our corridors,
or the diverted eyes that cloud to see a row of winter oaks outside
shocked in their dendritic fizz. And if we do know it,
it is in the blood, in this terrible synapse of sky, in the road away.
From our house we drive down through a sunken valley
where, like a crypt, it is forever the hour of the dead.

You have always worn the wheel, pushed your hands and wrists
through its axes, as though it were a shackle. Driven, hunched.
It is the same—the sting of yucca and eucalyptus, a vein of pink
bougainvillea purged in hot pulses off rooftops—a fragrant massacre—
and the same steady road you drive every time afraid to speak,
afraid to ask when I will leave you alone in that house with your wife.
I translate your favourite song in my mind: This song of mine, no one will sing.
This song of mine that I sing myself will die tomorrow with me.

An October night, 1975. A sudden rain has liquefied the earth.
Mud isn’t enough. There is a word you use that means more than mud,
it is the sound of a foot, sunken to the ankle, pulling itself out—
the awful suck of uprooting. Like a scream, it is the fear of standing
so long that you might stay and sink forever. This sound trails
behind you and your brother as you walk the fields one last time.
You will leave and not return for ten years, to marry my mother
who you’ve not yet met. Your four bare feet make an agreement
with the earth, to remember. It prints its own response in your shadows.

Holidays are uncertain times. The marble face of an old king’s grief
deflects the spectacle of his queen’s death in each perfect tessera.
The Taj rises above the Jammuna, doubles paradise in the mastery of slaves.

Holidays are uncertain times; their hands are cut off arms thrown up
in celebration. Now they too mourn, and skyward pray to phantom limbs
in the gardens of heaven, alone to pluck and preen.

They are carted away without ceremony, along with the remains of stone
that, like teeth, fall out of swooning heads. The funeral begins.
Mumtaz, hollow as a bride, is veiled in by her white, carved lid.
No one knows when you were born. They think it was an autumn month.
At five you asked where your mother was. Your soot lashes pooled with fear.
Gone to your grandmother’s. Later you found her picture—
a woman propped up, freshly dead, her hands emptied of the past.
And you, seated on her lap, two years old, holding her
and what held her forever in that exposure.

The road widens past tracts of arched houses; you drive faster and grip the wheel.
I say I won’t leave till after the New Year, but by now it doesn’t matter.
Your knuckles are bloodless, and your stoic eyes are the calm surface of a timepiece.

Shah Jehan, imprisoned in a tower by his son, was sent a gold platter
the day of the coup with the head of his chosen heir upon it.
Seeing this the old king fell, knocked the teeth out of his head.
For eight years he watched the Taj from his window, from across the river,
in a diamond mounted in the wall that reflected it a million times over.
The soft marble hands of his wife extended to him, to the empty casket beside her.
When the river filled, he walked across it.

When the door opens, only one of us leaves. I watch your car until it is far down
through the shadows of trees. The road receives you, and the house receives you,
as does the galley of water, the trimmed hedge, the cold, sterile cell.

In your wallet, you carry a picture of my mother, from before my birth,
when she was only yours. Her pinks match the pinks of flowers;
she bows her head into the branch and smiles, as beautiful as a queen.
Love is incidental, time-bound. It is the memory of love we love.
It is the memory that fattens on pain—of these small deaths
and these stone walls. The crown that has sunken from your ears
and hangs around your neck is all that remains. 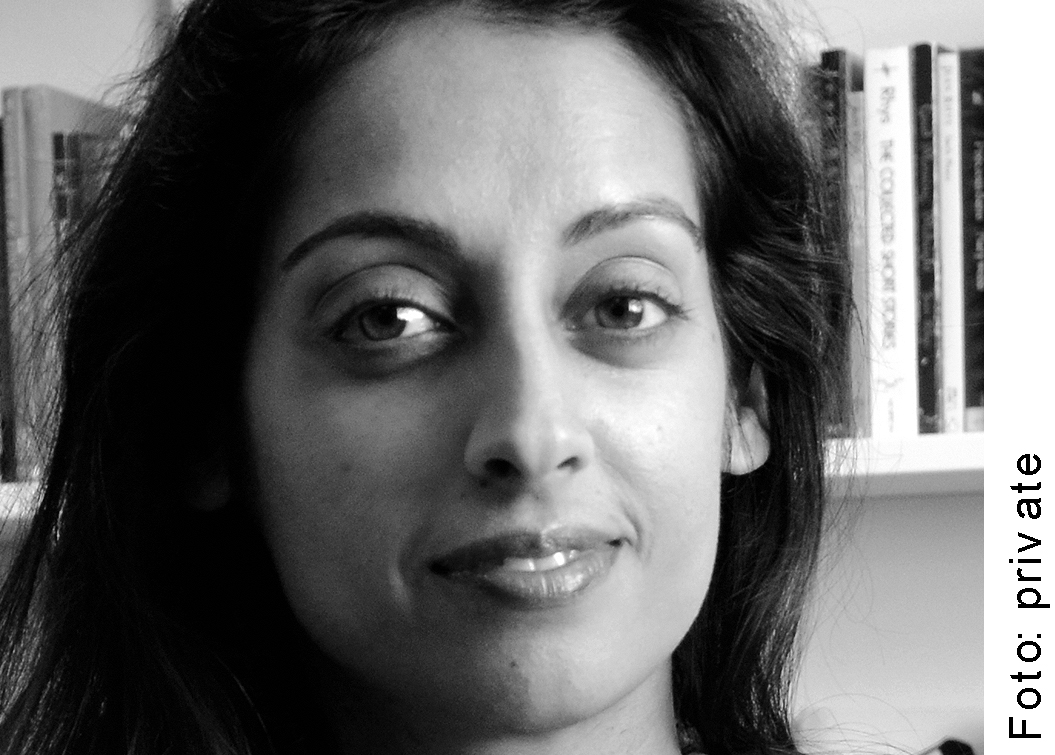