MY MAN A PSALM

down the
spurt
through the drainpipes
the cannons of grič, the viaducts
and the raincoats prayers soared to the Father
with just the right number of knees
discharged straight into the third heaven
and following the longest, fourth terrible winter
they gushed forth like a echo, came flying to us
into the little Croatian sky
like a lion, pigeons, fish
these Gods eyes of the Trinity
these eyes like a summer train to Split
like night sledging, like a cracked life
of an agava
here the sky is Lazarus, come out
the Lazar-sky has rolled away the stone and has come out
of the catedrals museum of sculpture
has unswathed the bandages, cured its dry
star of Bethlehem.
low underneath Gods hands
have strangled the clouds og guilt
you know which the ones that old pigs
have farrowed, from magpies, the little black clasps of the alliance
with Isis and a baby that neither grows
nor knows who that wounded man is
that man psalm of mine
now finally he sings freely
breathing rapidly through Gods eyes
liek a child who has just run out from
an ulocked closet
the ancestors inherited burden is gone
and in three-days time it grows into all the home
me and my children need, by virtue of Gods words
smeared on the oil, the brook
at night paints psalms in the atelier,
names fruit and things
every Saturday
films a documentary about his stroll
through the garden of Eden and his holding the Saviours
hand with a nail in it
and how all those
plastic prayers to the saints
are falling out of his mouth and drying on the ground
in a sring of grains
for inflating
and dying

She graduated from the Jesuit Faculty of Philosophy in Zagreb with a degree in philosophy and religious culture.

Jagić writes poetry, short prose pieces, drama and theatre reviews, and translates from English and German. Since 1999 she has been involved with various amateur theatre groups as a director and educator.

Her work has been widely translated. 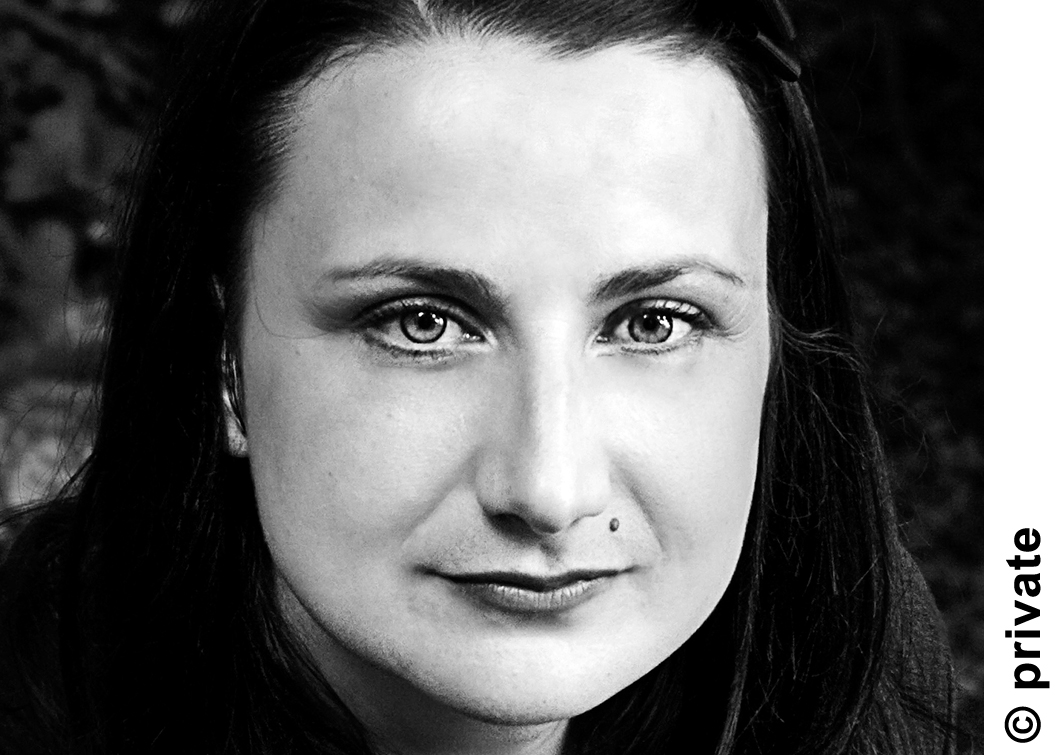