As part of Literarischen März 2001, the city of Darmstadt awarded her, along with Silke Scheuermann, the Leonce-und-Lena-Preis. From English, French, and Portuguese, Sabina Scho translates the work of Judith Beveridge, Major Jackson, Denise Desautels, Karen Solie und Ricardo Domeneck, among others. 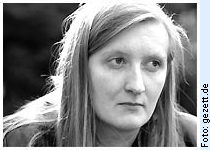