Now that dusk is falling you limbs are heavy

Now that dusk is falling you limbs are heavy
and your face motionless, the movements of your body
are like those of an old ship
with a quiet motion and an obscure journey
—her sails unfurled to the four winds,
navire glissant sur les gouffres amers.
You hear all the voices, which are not those of always
which do not come from the sea, nor from the air,
which mingle
among the forgotten tackle and memory.
Remote places, sound of hymns.
Are they the voices of the mountains, of pinewoods,
of town streets, of forests?
Their intertwined sounds reach you.
Voices whisper in the entangled gardens.
They fade away along the paths, beside torrents,
in the shadiest bends and on the clearest squares.
In the inner harbours
and amidst the tireless glow of the stars.
It is nothing. Only time passing, you think.
Oblivion. The garden hidden under the bedroom.
A mirror blurred by the depth of days,
by the infinite space which you have covered
since your childhood, since your death.
But such is fate. It is always fate
which, at will, fills the empty rooms
and restores the ruins of old architecture.
Then you will know that your time has not come yet, that it is not oblivion
either, nor the sharp scythe, nor sleep.
That is you that is going by, not time.
And that you have forgotten nothing,
that you are everything, recollection, imminence and closeness,
and nothing is alien to you and you discern no distance.
Because all is infinitly present, and time
can only be found in calendars.
That all this weight is the burden of recollection
and oblivion is also a form of memory.
And it is that this present body of yours, for so long so fragile,
which seems to find rest in the lazaret only,
and which, tired of struggling, seeks peace,
whose adversary is the restless mind,
cannot seize anything but the relentless pursuit
—the blatant throw of the vain adjournment—
the rebel impetus which sinks into the abyss,
in dreams, in lilac dusks
and amidst cities.
Will night be propitious to the rest for which you yearn?
Neither will the still silence dare to catch the voices,
nor the images, no more than the space for which
you have been looking for so long.
Space
Which has shrunk in step with your growth:
Like the nutshell of which you made a boat
and the dark vault of the bedroom becoming firmament;
the table, a high plateau; night
a well of gloom.
The knot of the holm oak, a real brigantine.
The winter shoe a very high mountain,
a giant of furious eyes,
a watchtower as well.
How far was the kitchen.
How long was the corridor.
What a lot of wonders in the boxes and cupboards,
pockets and books!
Night will not dare to calm the space
you have been seeking for so long.
In your head all the suns, the moon and the marble,
the horizon and the rooftop in the nearby street;
the paths full of light, of shortcuts and willows,
an the most perfect voices repeat your name.
And my name is the star which reappears every evening,
which makes on its way the song of the night,
the hymns of noon, the ballad of dusk.
Which returns every year and vanishes in autumn.
But this return occurs in the mind
because the body is weary of the sea and the wind,
weary of the streets, of the rain and of the air,
weary of the impetus, and yearns for rest:
hollow-chested, knees knotted,
legs and feet heavy with walking.
And dead hands on the stone cushion,
with festoons and lace like the sand of the sea,
blood like grit and like bare stone.
Breath like salt.
Eyes like atlantes’,
downcast, lost,
lost beyond sight,
beyond the glowing abyss of life,
beyond the most uncertain death and beyond the wind.
Do you know the land of lemon trees in blossom,
where the golden fruit gleams amidst the green foliage,
and a light breeze blows in the blue sky,
and where myrtle and bay-trees grow?
Do you know this land?, tell me, do you know it?
Confluence of rivers and waters,
of the mirror which reflects the movement
of names and things. Of numbers,
shapes, and the scene of your desire,
in the drowsiness, at the confluence of all waters.
Where all appetites are unique,
and all memories the one and only memory.
The one and only weakness and only one desire.

Antoni Marí is a Professor of Art Theory at the Pompeu Fabra University.

His literary corpus has moved between poetry, the essay and the novel. Thus, in 1979 he published his first book of poems entitled El preludi (The Prelude, Quaderns Crema, 1979), and in 1988 the collection of essays La voluntat expressiva (The Expressive Will, La Magrana, 1988), which carries out his idea of genre, followed by Formes de l’individualisme (Forms of Individualism, 3i4, 1994). 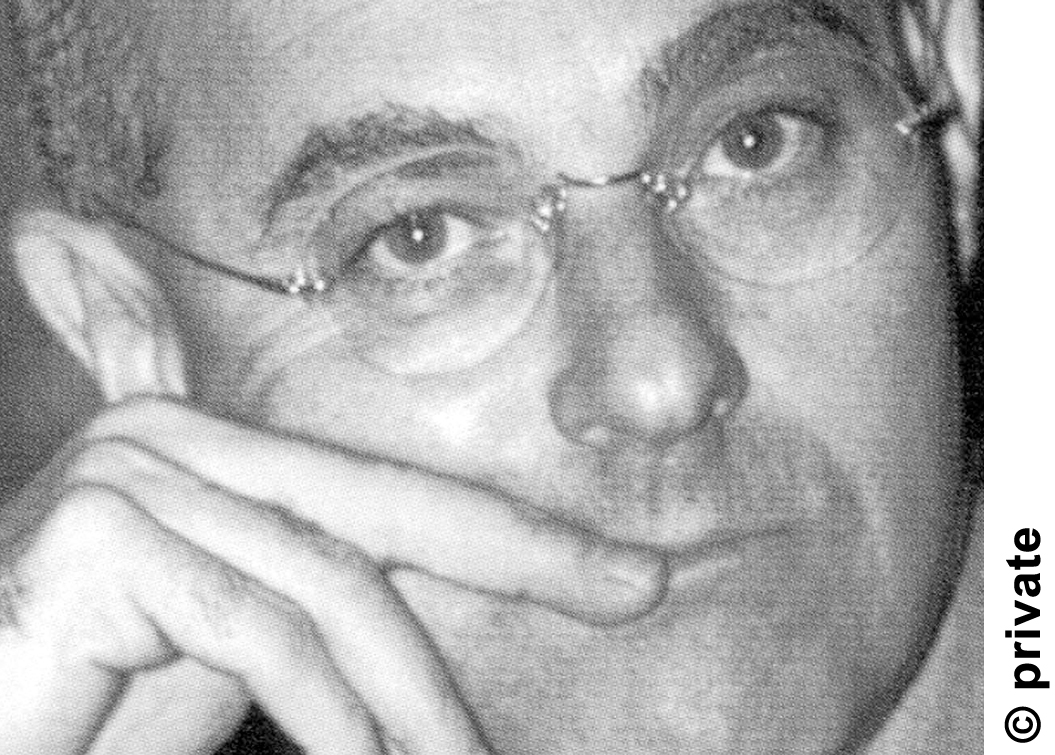 Foto © private
In his first novel, El vas de plata (The Silver Goblet, Empúries, 1991), he speaks of the years of adolescence and El camí de Vincennes(The Way to Vincennes, Empúries, 1995) offers us a particular interpretation of the friendship between Rousseau and Diderot.

In Entspringen (Empúries, 2000), he reflects upon research on identity and memory.