NABINA DAS' third poetry collection and fifth book SANSKRNAMA has been mentioned as one of the best poetry books of 2018 (OPEN Magazine). Nabina is a 2017 Sahapedia-UNESCO fellow, a 2012 Charles Wallace creative writing alumna (Stirling University), and a 2016 Commonwealth Writers Organisation feature correspondent. Born and brought up in Guwahati, Nabina's other poetry collections are Into the Migrant City  (2013), and Blue Vessel (2012). Her first novel is Footprints in the Bajra (2010) , and her short fiction volume is titled The House of Twining Roses (2014). 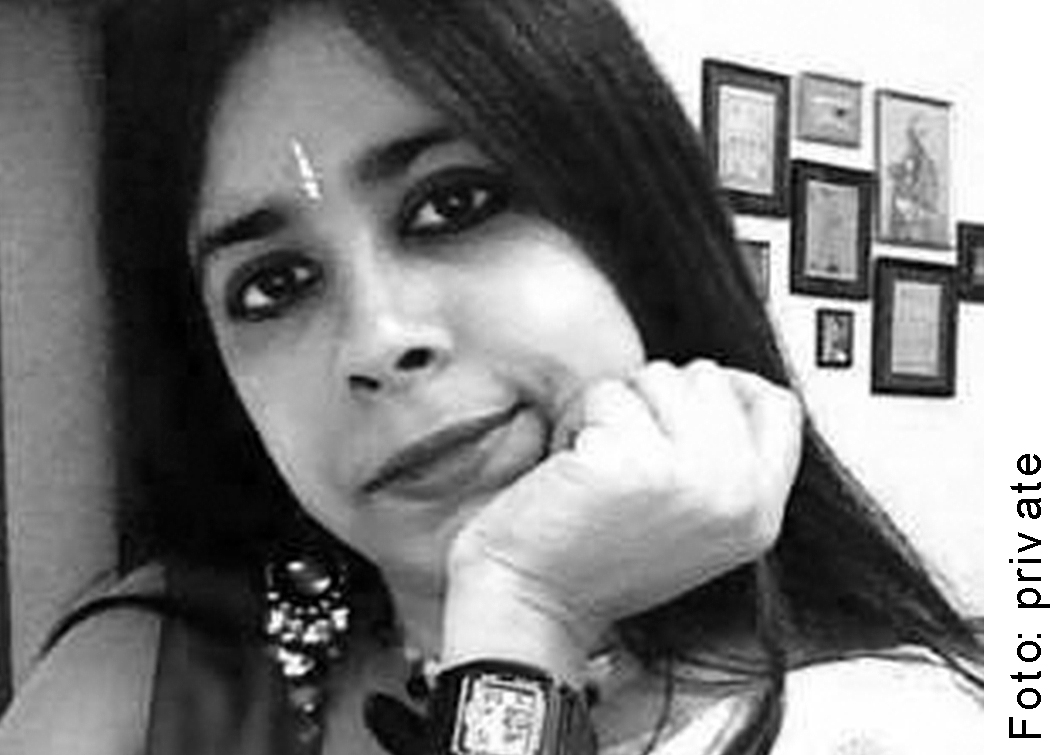 Foto © private
A 2012 Sangam House, a 2011 NYS Summer Writers Institute, and a 2007 Wesleyan Writers Conference alumna, Nabina writes and translates occasionally in English, Assamese and Bengali, while her poetry has been translated into the Croatian, French, Bengali, Malayalam, and Urdu. A writer-in-residence at premier universities and Creative Writing instructor in classrooms and workshops, Nabina has worked in journalism and media for about 10 years, and is the co-editor of 40 under 40, an anthology of post-globalisation poetry (2016).