Once upon a time in a land far, far away there was Ezra Pound, whose daughter was Mary de Rachewiltz (1925-).

On one particular day Ezra Pound was lost in Kallio, Helsinki, for two whole days. He avoided cracks on the streets, answered classifieds, was found sleeping in his car, he was a Stranger he was in a clothing store he wore a black cape and scarf, he descended into the structural layers on top of the filtering layers, he was carried towards the surface treatments of the newly minted yard spaces, he had nails in him and concrete smeared him, but still with humility young men gave way to him when he slalomed past them and smells of the parks intoxicating & molding in the moistness of the apartments African street musicians strayed into a corner bar for candy floss, the dudes said, stop clowning around, be sincere, Ezra believed them, and that's why this 86-year-old was badly lost and spent a night in his moped car.

Now he's looking for his Jenni and teaches English and loves Manchester United so passionately that his sneakers freeze in his feet. He's not going to learn from his mistakes. Ezra will get lost many times still. He will get lost in fascism and he will get lost in London City. Today he got lost in the mall. I hope he finds his way back. I would like to read more of his translated oeuvre, on its pages a pure poetic voice is time-traveling back and forth in history with only a few sentences came the evening and came the morning, this was how the first day was spent.

The second day began, and Ezra Pound came home from work. He doesn't feel like he's achieved very much today either. Instead Ezra Pound spends all day on the Internet, that wanderer of the lonely star, whose authentic and heart-felt dude-taught sincerity doesn't erupt into long-form poetry anymore instead it pops down to a couple of different parties with friends from work and then back to home along the banks of Merihaka. Pretty depressing, he thinks, is this what a writer's life is like after all?

Now he gathers the trash into a large metal container.

He says he suspects he will receive afterwards assessed a different meaning.

He says time has gone by so quickly.

He says when I was young he says one could succeed without much effort, but what if economic modelling is true he says what if music declines on an individual level he says what if the undefinable telos of erudition and history the meaning of arts education and value in early childhood teaching the hatred of foreigners is too deep in the basic human essence he said Brian Wilson, Robert Downey Jr., Never Shout Never, Flaubert, Auden, Helsingin Sanomat he says and out of frustration develops a new poetic measure known by the name Marguerite Yourcenar or a concept that does not cohere with reality, an imaginary number, an abyssic, deep-sea-living source of vitalism of a small nation kept me awake the whole night he says, because I cannot find a proper expression for it, he says he says and waits for something to say what he should be saying, because he doesn't know anymore, because it does not exist just like many other things that poets talk about don't, o Ezra, you're right, but fortunately, whilst approaching the counter under the surveillance of the salesperson I have the luxury of being able to touch all of these consummations of mine dreams, none of which I shall never be able to afford. 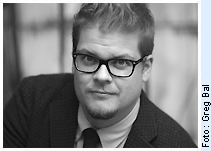