footienauts
-to my football friends

The comrades were good people, they did not complain
About the effort or the thirst or the cold,
They behaved as do the trees and the waves
That accept the wind and the rain
Accept the night and the sun
And remain constant in change.
-Giorgio Seferis, ‘The Argonauts’

and when it felt called for they sang. the tiergarten years, we
dangled—showboating—in front of the reichstag. later, having embarked,
we held our formation on pitches in wedding, barfuss strasse, schillerpark.
parched earth, fully turkish ’hood, the droning
in the head as boeings slid braking toward tegel. so

a fall back to potsdam, peace and perfection: open grass, shaded, post-match dips
in heiligen see. ah, many landmarks sank past during a cooling front-crawl.
we swam past both
of gunther jauch’s villas. coming ashore, at table & the terraces
attached to villa kellerman. sunset. & the scent of evening while our
hair dried, tingling on the nape. Surrounded, there, by mansions

and the kept grounds of mansions. add in the lager,
steamed asparagus spears, the post-game analysis—all told; the good

life. Until
from out of the bramble and undergrowth : living’s
weird little peon of a public parks tyrant come to forbid us this green patch forever,
final miracle pitch, wieland strasse—formerly hitlerring. still & with courage
we held ground,
a long way from the varying paradise, in potsdam. dirt pitch, public : barren atoll,
barren beachhead, where eternal grit silted up fresh wet abrasions. thus
legs aged, arms aged, thursday after thursday. we watched
good men crumple to their knees. & deliverance : exquisite clearing, pitch
in an opening in the woods toward michendorf. match night—& no one,

our opponents were no-shows. comrades, gazing into the grass underfoot for purpose,
after such toil, travel, now
this botch-up. retreat, then, to forckenbeck (prussian aristocracy) strasse in berlin.
pure English grass, though; lush, sprung, clipped like some storied last love, powerful
for having been but mirage.
grounds keeper prussian again but this time of dodgier stock “Oi! No studs ’ere, mate! Fack off wiv ’em boots!”
and never saw him again and can’t know
if he himself has since snuffed it or just his job it is made redundant. great
fields go to seed, the fleece’s sheen fades—are wanderings really endless? but

also just the grave aspect
of the roughened pitch? its scars, divets, denuded swathes : it wears its living
as they do. our great long season, the near-great matches, where next my friends? can
we keep up & for how long? dear winfried, hendrik, peter, carsten, dear michael, tobias, jan—
please, once, let’s stay : bark orders, run into space, place long bending balls

into their half, elegant, one-touch, with style & together
over this very last field— 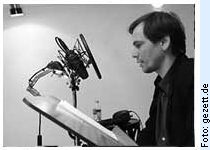