The paths are full of iron and stars.
Who does not welcome all this
black, burning with misplaced rain?
If it’s reported that islands have gone
missing, remember how seas love us
and trail in our blood.
If there’s too much of a ghost now
upon the clouds, a wing, a roar
none of that will open
the dead to this world again.

There’s nothing purely accidental
in your edgy condition.
Damage seems almost a necessity.
If there’s beauty in patina, it’s here
not just waiting for the cracks
in the permanent. It’s subcutaneous
like a language that entered you
without stamps of approval.

You step out with your necessity
because nothing will grow within
houses for too long.
Your sandals and heels, your capped toes
they are some kind of assurance
along with the belated rain, whose water
slaps the ridges of your song.

Each tree that wasn’t there before
each element or fibre, the occasional feather
or slip of whitened excrement
the glassy tips of plastic that flutter
as you pass, they are places.
Hands have admitted them
and their appearances
have depended on each isobar and swell
of time zones.

You must be going elsewhere
see how it skews the horizon and adds
something green to the temperature.
There are instruments for this
kind of knowing, along with bright machines
moving tonnage along temporary roads.

There’s never time to know
yourself. That’s the beautiful anxiety
of moving, as each gutter, each wing
each clip, or semiconductor
the air dripping through your skeleton
your fur that scares easily, as it all
seems to be crashing.

Nothing holds on
the light.

Jill Jones has published nine books of poetry, and a number of chapbooks. In 1993 she won the Mary Gilmore Award for her first book, The Mask and the Jagged Star (Hazard Press). Her latest books are Breaking the Days (Whitmore Press), and The Beautiful Anxiety (Puncher and Wattmann), which won the 2015 Victorian Premier’s Literary Award for Poetry. Her work is represented in a number of major anthologies including the Macquarie PEN Anthology of Australian Literature, The Turnrow Anthology of Contemporary Australian Poetry and The Penguin Anthology of Australian Poetry. 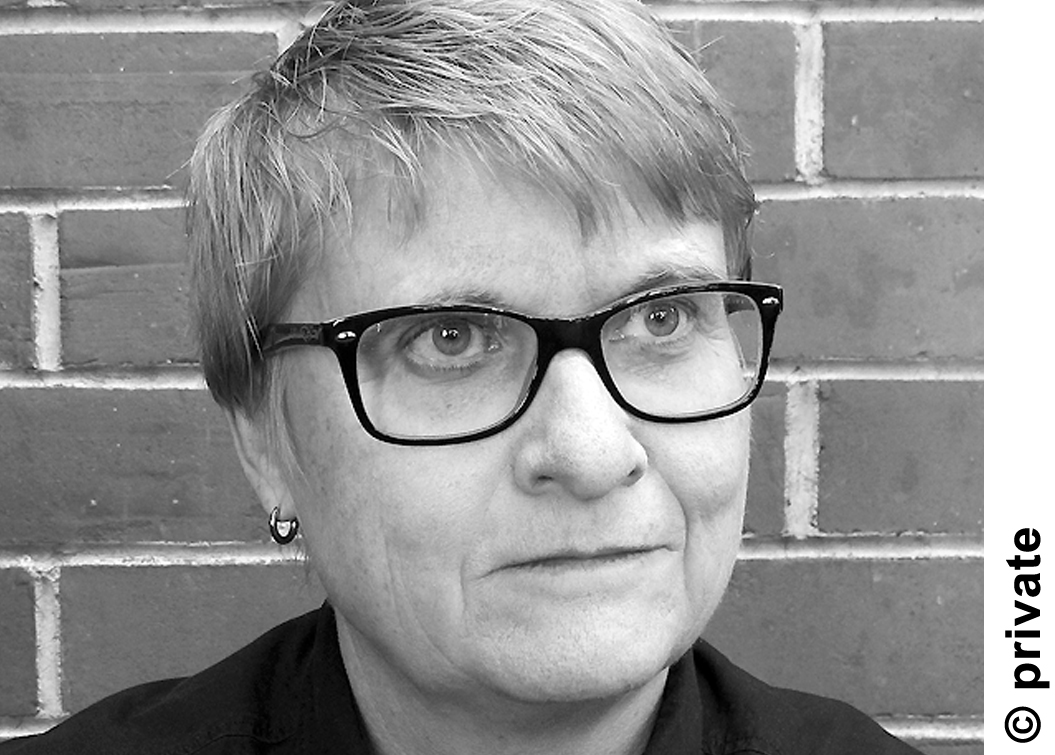 Foto © private
She has been an invited guest at most of the major literary festivals in Australia as well as poetry festivals in Canada and the Czech Republic, and has appeared as a featured reader in events in the US, UK and NZ. Her poems have been translated into a number of languages including Chinese, French, Czech and Spanish. She edited, with Michael Farrell, Out of the Box: Contemporary Australian Gay and Lesbian Poets. She has collaborated with photographer Annette Willis, artist Bruno Leti, artist and poet Angela Gardner, and other visual and sound artists on a number of multi-media projects, which have been presented at various festivals and events in Australia, NZ and the UK. She was poet-in-residence at Stockholm University for five months in 2014-15. She is a member of the J.M. Coetzee Centre for Creative Practice, University of Adelaide.