The small thump from nowhere, someone turning
a piece of tin, a door’s buffeting noise closing across the gulley,
a neighbour - what are they doing out there? - dropping a trailer or a drum
in a paddock where damp grass’s been drying out these last twenty minutes
in a final sun cube whose shattered gleam just now has
flooded through sprays of half-grown bluegums
traced on the shed-wall --
it happens - where? -
closing in mid-air between two never identified twigs
six metres up, or caught behind a bird song (was it that?
or just some other sound) caught the thousandth time
from outside the kitchen door, magnified for a second or two
then forgotten just as many thousand times.  Like the thump,
it’s forgotten so intensely that we all hear it as an event
not really known as an event, one which shifts
the breath, the blood-surge, and how we see,
back into shape.  For a moment you understand
startled ecstasy -  it’s a squawky wattlebird landing
(no, that’s a dream half-merged with a memory)
or it’s the elbow’s jerk with which the car boot slams,
happenings which aren’t noticed or which can’t be,
how the shopping brought home brushes the passage wall,
how events change time’s flow beneath perception.
Really, you’ve no idea what’s going on.  You hardly grab a thing.

Networked. Transformative.  Yes, the world glimmers.
The flash lies in the grass, is something and is nothing.
The yellow-throated bird scrabbles in the rangy grevillea.
A great ocean withdraws into perspective over my shoulder,
in the shadows of untended trees.  A hum overtakes the orchestra
and a striated sense of inevitable time surpasses each local thought.
It’s as if you can be fearless -- a second or two -- about
what is inextricable in feeling and movement and mood.
A dance becomes a fight, bodies tangled, then a dance again.
The light goes down like a glittering dark boulder buried in the soil.
An aurora flares in the half-heard resonance around the thing -
the thump, the door closing, the click that passes you by -
while intangibility takes a serpent’s shape of wind-brushed molecules.
And how will it end? this half-traced ecstasy at merely being here.
Could anything be heard other than the after mode
of how we got there, made it out?  Suddenly you realise
you’re hearing a night-time forest floor, a twig snapped -
not this last light with its thin, gold trees and ragged openness -
but a moment’s hesitation one night in a foreign country:
I was in up-state New York, there was a house in the woods,
there was indoor light of a dinner party, good people, drinks.
I’d stepped outside to get a sense of things, their loitering depth.
Earlier I’d seen startled deer leap a stone wall tumbled into bracken. 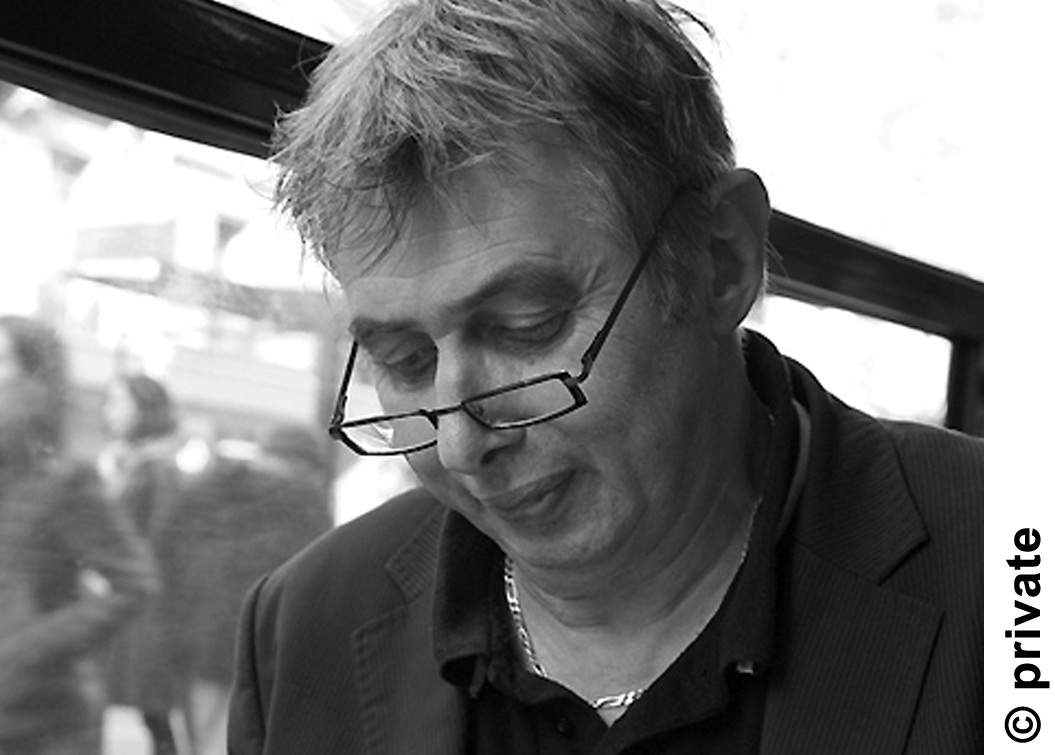