Instructions for Building an Ant-hill

To begin with, you have to spit on the ground for a long time, earnestly, with clean, white spume. Next, bite and chew, bite and chew. Then toss together what you like. A refuge of crumbs, a cabin from clay, a shelter of sticks and straw. Spit-smear it like a cake. Scratch out some openings, a flue. Invite friends and relatives. Raise a ruckus for three days, four nights. Go out to the porch early in the morning, in bare feet, and look: some stare at fog, some at the clouds, some at the highway – then drive everybody out. Bring home a little mother, breed a whole brood, multiply until the get doesn’t fit. Then baptise them all, raise them, marry them, drive them out of the house.
Later, paste up the openings, leaving only the flue and a key around your neck, some logs, the domestic beast. When the animal croaks, lock the doors, take a bottle, go out to the porch and sway on the swing for a long time. Until it freezes.

Marius Burokas (b. 1977), poet and translator, has studied Lithuanian language and literature at VilniusUniversity. He has worked as a Lithuanian language teacher, has served as project editor for a public relations agency, has worked in advertising agency and has coordinated literary programs at the Eastern Lithuanian Cultural Centre. Now he is a freelance writer, translator and also writes for culture newspapers, does book reviews for “IQ Intelligent Life” magazine and National radio (LRT). Now he is an editor-in-chief of online magazine of Lithuanian literature “Vilnius review”. 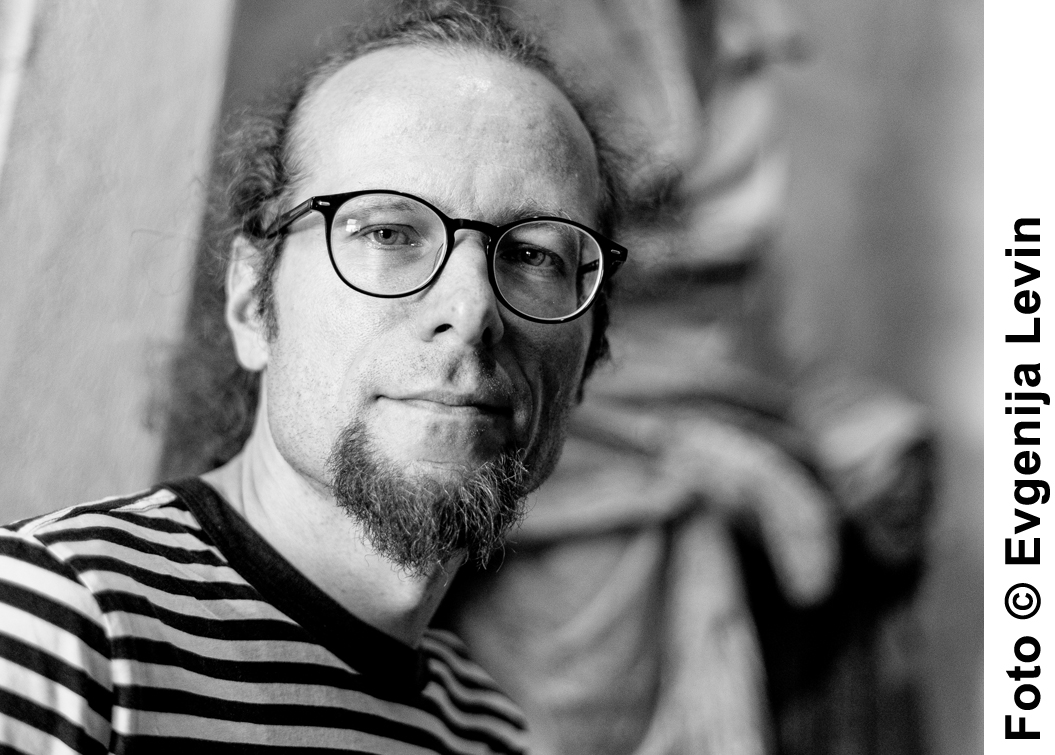 Foto © Evgenija Levin
Marius made his debut with the poetry collection Ideograms (Ideogramos) in 1999. His second book of poetry, States of Being (Būsenos), appeared in 2005. His third book – I‘ve Learned Not To Be (Išmokau nebūti) was published in 2011. His third book was awarded “The Young Yotvingian prize” as a best young poet’s book, published in two years. This book was also awarded Antanas Miškinis literary prize. His fourth poetry book of clean life (švaraus buvimo) was published in April 2018 and was awarded Poetry Spring-Maironis prize for the best poetry book.

He is a compiler and editor in chief of Lithuanian contemporary poetry anthology How the Earth Carries Us – New Lithuanian Poets (published by Lithuanian Culture Institute).

In 2001 he participated in International Writing Program in Iowa. Marius is a Lithuanian Writers’ Union member since 2007 and the member of Lithuanian Association of Literary Translators since 2013.

He lives in Vilnius. E-mail: m.burokas.mb@gmail.com