Where are they going? Where waterspouts lower their silver
taproots into the vanishing point of a Tasman searoad,
read the ocean’s internal workings by what happens
on the surface, in ulcerous light, in the wake of a longliner:

Wandering albatross reeled in like trolled marionettes
with hooks in their beaks; Southern Bluefin tuna
hauled from a wave to be brain-spiked and opened
by men in yellow raingear, who work like coroners

in the hold of a warship hospital, lowering flesh barrels
into liquid nitrogen. Walk the aisles of markets,
where swordfish are dumped like deflating blue rubber
in a glitter of ice and flies. And when the keel

of an ocean-going racing yacht opens a whale’s back
the way some over-ripe fruit will split to the stone
when the tip of a paring knife is drawn over the skin,
the whale rolls, and the crew curse another sea-touring log

until the boat’s wake clouds with blood
like a red spinnaker blooming underwater.
They do not say, with grief like a sea-noise behind their words:
Charismatic megafauna are great entertainers!

Where are they going? Into stories and documents
written on coastal parchment and leaked as slime
to currentlines dark with profit, into driftnets
and gill nets, into reef structure levelled by years

of trawling operations. Entering a pulse of light
in the brain-stem of a cardinal marker, a dugong
blows an orange sand trumpet and rolls away, trailing
seagrass like spooled magnetic tape, and further back,

autoa small white cylinder wired for satellite tracking.
Where are they going? Watch closely. The world’s
largest seabird is entering a high pressure system
inside The Roaring Forties. It will glide for days

until booby-trapped squid divide the sea and turn
the glide into a drag. Behind a bait school
large as an oval, Bluefin tuna are working like surface-
feeding stock dogs as the baitfish change to razor wire

inside their speeding mouths. A dugong tries
to outswim its own shadow, and is overtaken.
They are going beyond the range of echo-sounders
and spotter planes to surface somewhere

inside our heads, vaguely luminous, like memory loss;
like those gold circles that appear for a moment when,
absentmindedly, we press the corners of our eyes
and remember. 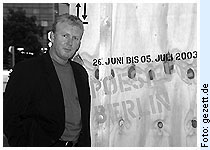