Lately? Lately I’ve been living with spiders.
But as roommates go, they haven’t been too bad.
The one in the bathroom keeps to his side of the tile,
and the one in the bedroom can get a little bit grabby,
but for the most part he keeps his hands to himself.

I guess all those car engines and hairsprays finally caught up to us
because the sky here is so polluted, it glows orange
from 5PM, through night, ‘til morning.
Some people think it’s disgusting
that you can shower off what you thought was a tan.
But me? I can’t help but fall in love with a city
that has fifteen hours of twilight.

Outside the city, the dark is so dark,
it is easy to forget which day is Tuesday.
But the night there was a dry lightning storm,
it was like strobe lights through the window.
I snuck outside and stood with my face up, smiling:
I thought God was taking photographs.
And even though I felt silly standing there in my underwear,
I figured I needn’t be embarrassed: he’s seen me in a whole lot less.

Some nights, I wake up with a black hole in my chest.
It echoes like a beatboxing hurricane
and burns like a grandmother’s memory.
I tried Pepcid AC. It didn’t help.

I gave a haircut with big sloppy scissors
and even made it look sort of nice.
Everybody knew it was just a courtesy cut anyway;
it probably wouldn’t do anything for the lice or the bedbugs.

I’ve been looking for my favorite constellations everywhere,
but I haven’t found any sign of them yet.

The distances between stars are all different here. Much wider.
I have always relied on the English of others and in this
Rickshaw Named Desire, it’s no exception.

On a cement rooftop somewhere off the highway,
it is creeping its way towards night, when nineteen-year-old Ravi
begs me to write a love letter for him.
It is for Neha, the girl he is in love with.
She speaks English. He does not.
So he cannot explain to me that this is forbidden.
That he is already set to marry—whomever his parents choose.
But certainly someone within the village,
and certainly someone within the caste,
and certainly not this someone, wrapped in yellow silk,
who smiles up at me from the photograph he shows me.

I write it for him anyway.
It has something about the moon, some stars in the sky,
the way her eyes sparkle and how he wishes they could be together always.

When I finish writing, Ravi takes the letter from my hands
and reads it carefully out loud. He does not understand a single word,
but reads diligently and slowly, looking up at me every so often
to see if he is pronouncing the words correctly.
When I hear what I have written out loud,
the clichés hang in the air between us like bad breath.
I wish that I could take it back and write it over.

Dear Neha,
Be careful about rooftops. Not about how high they are, but
about how quickly your heart beats the faster you climb. Ravi’s
hands are good for climbing. I like the way he stands behind
his mother when she is working: not so much to insist on
helping her, but just to let her feel his presence, in case she
needs him to reach for something on a top shelf. I like that he
believes in love letters. His pants are a few inches too short.
Have you come to visit him here? Probably not. The peacocks
are enormous. They sound like cats. No one seems to pay
them very much mind, but the males dance across all the
rooftops of the village, begging for someone to notice their
tails.
Good luck with your secret,
Sarah

Ravi gets to the end of his letter, and reads the words, I love you.
These are words he understands. He smiles an enormous smile and
bows his head. On my way back to the car, the translator tells me
Ravi wishes to say thank you. I tell him to tell Ravi good luck,
and he does so. Ravi puts both hands inside the car window
onto my own and says, Dhanyavad—over and over,
thanking me for the love letter—bahut bahut dhanyavad.

He will never marry her, the translator tells me,
after we have been driving in the dark for a few minutes.
Yes, I say, but he can love her.

It is monsoon season.
I watch as tall street corners become river banks and
potholes become death traps; not even the rickshaws are safe.
The cobra that I met in the orchard behind the lantern shed
was much smaller than I’d imagined,
but the mangoes were just as sweet.
That’s probably why when we cut one open,
a spider crawled its way out. It had made its home inside. 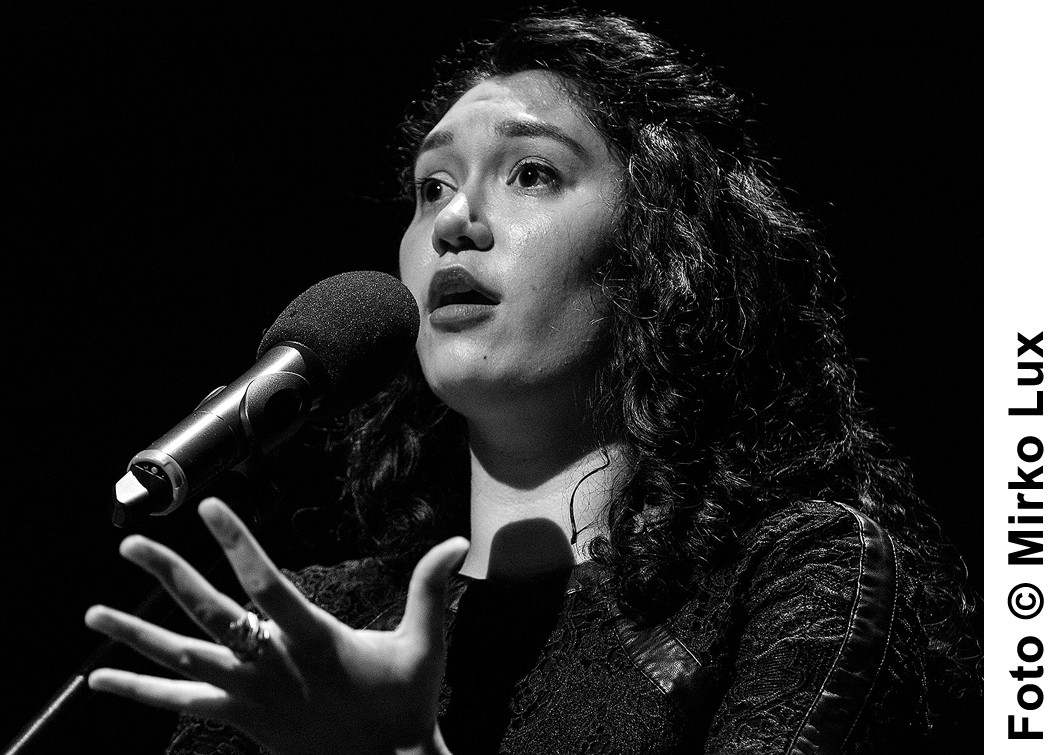