where the rickshaw-wallah, when I ask him to take me home, drops me anywhere, provided the place is close to a river

where no house has a TV, but only an old radio covered with a cloth and set in a niche which remains turned off most of the time and which guesses the time only by the sparrows’ chirping outside the window

a radio which, as soon as it’s turned on, tells us only this much—that each inhabitant of every city boarded a train at night and, having alighted at an anonymous station on the very bright morning of the next day and without knowing the name of the place, is realising the dream of staying there for one full month

Sarabjeet Garcha is a bilingual poet and an editor, translator, and publisher. He is the author of four books of poems—including A Clock in the Far Past (Dhauli Books, 2018) and a collection in Hindi—besides a volume each of translated poetry and translated prose. He was selected to serve on the panel of critical readers for the third edition of Garner’s Modern American Usage (Oxford University Press, 2009) and received a fellowship in Hindi literature (2013-14) from the Ministry of Culture of India. He has translated several American poets into Hindi, including W.S. Merwin and John Haines, and several Indian poets into English, including Mangalesh Dabral and Leeladhar Jagoori. His work has been widely published, both online and in print. Sarabjeet is the chief editor of a publishing company specializing in scientific, technical, and medical books. He is also the founder and editorial director of Copper Coin, a multilingual publishing company. He lives in Delhi. 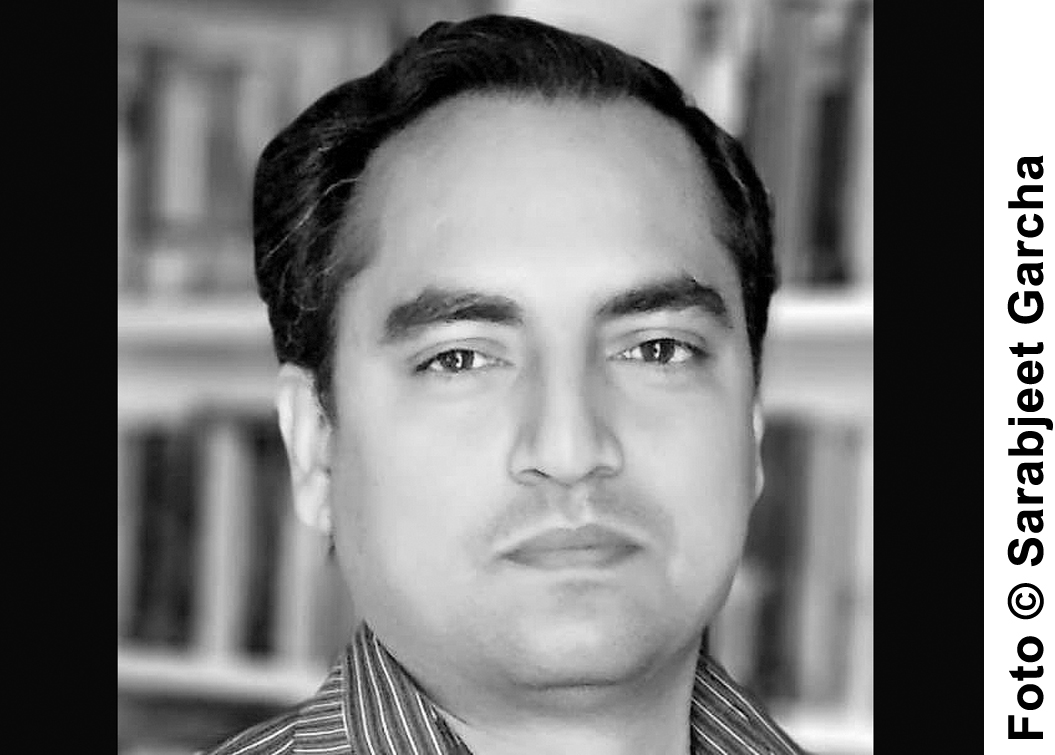