Politicians…, yuk! They suck, they’re muck, those men of politics!
Malodorous lymphatics; putrescent parenthetics,
Pecksniffs, louts, and catholics, consumptive humbugs, clever-dicks,
troll-look-alikes with tics (and ticks), and brains made from synthetics.
God be praised, they’ve got degrees, a first in onanistics,
their notices are full of crap, their cravings coarse mimetics
and they fill with blood they’ve sucked from skeletons who died of rickets,
o tubercular town-clerks, the little world of village politics.

They’re coppers, noses in the trough, they’re hogwash orgiasatics,
they’re blow-job clients, stink of fish, gross puppets with no balls,
their blood’s herpetic, orgasm is an act of mere smegmatics,
they’re sneering, bumptious, guts blown-out with wedding-cake and highballs.
People, arise and free us from such asinine fanatics,
dig a great pit, and throw them in, and occupy the townhalls! 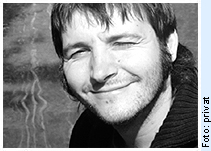