In the plaza, my breasts under the sweater
defy the photo.

I was very young when someone suddenly snapped my picture
as I descended the church steps. (In the background, the bell against the sky.)

Men were leaving the bar with schnapps in hand.
Smiling,
etherized and concupiscent.
It was on a Sunday.

Among all of them, the only look of innocence was the look on my father’s face,
sea water and sails.

He didn’t know what it was to be rich, but he knitted nets:
Catching time,
retrieving the exact minute of purity.

He always used to tell me:
“When I was thirteen, the sea already hurt my back.
When I was fifteen, I knew nothing of aspirin, let alone aspirin.”

And my mother said:

“He’s still dreaming about the shores. You don’t have to be
like your father. He was always
easily seduced.”

And a strung up bunch of moaning was stuck in his gums
like hooks on trawl-lines stuck
in coral.

Antònia Vicens (Santanyí, 1941) made her literary debut in 1966 with the collection of short stories Banc de fusta (Wooden Bench), which was awarded the Vida Nova de Cantonigrós Prize. A year later, she received the Sant Jordi Prize for her first novel, 39º a l’ombra (39º in the Shade).
Her novels 39º a l’ombra and Terra seca (Dry Land) have been translated into German and Spanish and several of her short stories have appeared in anthologies in Italian, German, Spanish, and Hungarian. 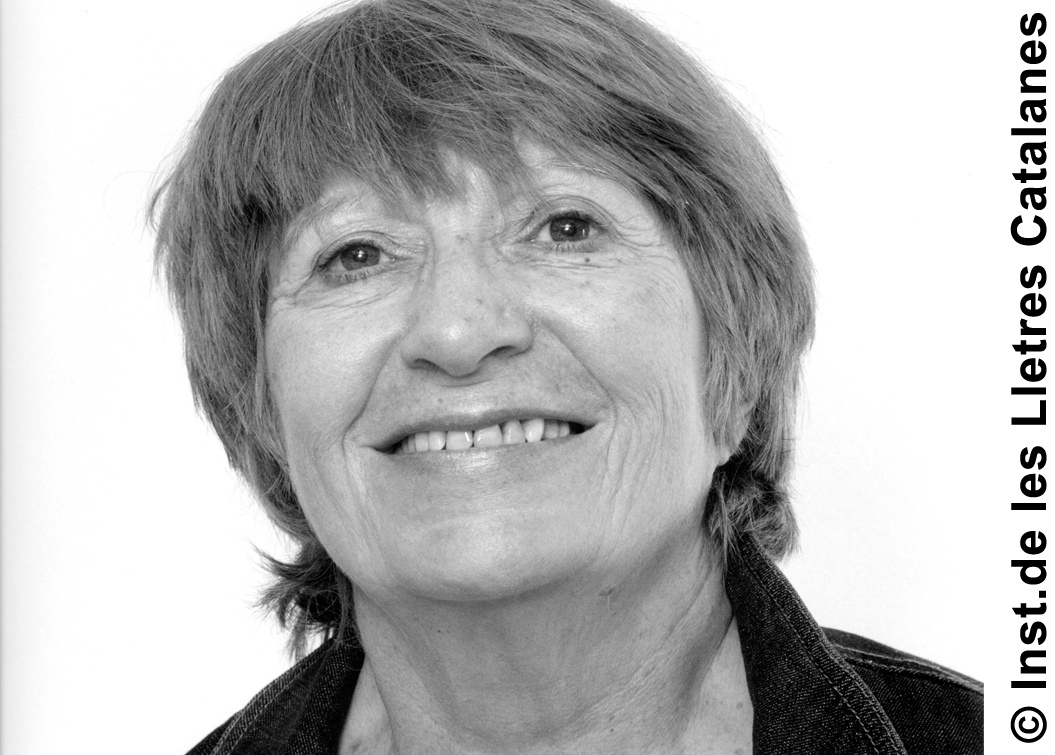 photo © Institució de les Lletres Catalanes
Although most of her early work was fiction, she has been writing and publishing only poetry since 2009. She presently resides in El Terreno (Palma).