There were corners, blockaded squares, where, for days after the routed
demonstration, the biting smell of teargas was palpable. If the burnt-out
car wrecks and the ripped-up cobblestones had all been removed, still, the missing
pavement let no one forget: the city centre was now a zone
of uncertainty. Evening belonged to the sirens, arsonists’ chants,
the squares were traps, the streets borders, trajectories of escape that could be shut down
in a commander’s head: after so many years of peace, finally able to wage war.

No matter where one turned, there were bars, cordons. The buildings’
stoic grey arrived from a distance farther than moonlight. The city still
spoke of the new wrath in the dead language of ornamental statuary: Poseidon
is the chief god here, in the continent’s centre, where in narrow rented rooms people bargain
for stolen love. The naked stone bodies turned towards each other,
like computer screens forgetfully left on: the thick poppyseed of visual static
sprinkled onto them, as down below, far from every sea, wrath gathered up the legions of children.

You write the story of your body with two hands that do not know each other,
two voices summon the unknown within you. Gather up the distinctions. Place the
blossoming bouquet of lies, explanations and objections onto
your grave now, tend your grave, clear away the beliefs falling onto it
like autumn foliage. But do not look at the everyday with everyday eyes.
The simplest questions are always the ones you don’t ask, and if
they scream into your ear, ignore them until you have run out of time.

In times of peace, the city centre covers its self-hatred with decorative flagstones,
flower-boxes, and ordered transportation; the decommissioned streetcars,
carrying the scent of humans from the most frightening peripheral districts,
are taken to its terminal caverns. Life here was never anything else
than the art of the too-slow massacre. Going along the cordons, now at last
the alert mind can play with its dreams of public hangings, schizophrenic love
and the like, and believe, intoxicated, that it is engaged in politics.

At times it is necessary to go to war. After all, deep within, relations were never
peaceful. A single person is too narrow a space for so many wants and desires. He who
has no eyes and ears, always cheerful in others’ presence, with the eyes
an owl, a millstone hanging from round his neck as he walks around, who, for simplicity’s
sake, calls himself “I”. None of them inhabit this world at all. All of them
betray themselves. Their state is emergency, but all the same, they are
capable of delighting in their own defeat. The one speaking here decrees
against them in vain.

But what is in fact my problem? Someone born on the same day as me,
who’s known me for at least twenty years, asked: Closing time? Hopelessness? Boredom?
And looked at me, as if explanations would mean something. In exchange, I told a story
about a grey heron. I saw it in a city by the sea; it stood every morning
on the roof of a red Peugeot in the parking lot, and waited for fish to be thrown
from the upper floor of the house opposite. Every morning, the selfsame, unlikely
presence. Take this heron as a comparison, I said. For whatever you want.

If one day you leave here, don’t throw a single coin over your shoulder! Grow the ice
within yourself, as if sitting with closed eyes on the other side of the moon; practice
the art of slow murder. You were never anything else but the astronaut
of your feelings. Your spaceship is a piece of blank paper. Do not pity those below
displaying their scars after battle, and, because they cannot conquer hardship, dream
of Sundays fragrant with food. Take nothing from here, and do not believe the rivers,
the oceans! From here, you can escape only upwards. It is not worthwhile to recollect upon
the Earth.

Beyond the Cordoned Zones

There were corners, enclosed spaces where, for days after the demonstration had been dispersed, you could smell the biting tang of teargas. The blackened ruins of cars might have been removed like the ripped up flagstones, but still there were no pavements, and no one could forget that the city centre had become a zone of uncertainty. Sirens and chanting arsonists took possession of the evening. In the mind of a military commander, at last engaged in warfare after too many years of peace, the squares turned into traps; the streets were frontiers, escape-routes that could be irrevocably sealed off.

*
No matter where one turned, there were iron barriers and cordoned zones. From a distance even further than moonlight the stoical greyness of the houses drew closer. The city spoke of this fresh wrath in the dead language of ornamental statuary: Poseidon is the great god here, at the heart of the continent, where in narrow rented rooms people bargain for stolen love. Like TV screens distractedly left on, naked stone bodies turned towards each other, thickly sprinkled with the poppy seed of static. Meanwhile, down in the street, rage frothed among legions worse than children, far from any sea.

*
Two hands which know nothing of each other write the story of your body, two voices summon from within you that which is not known. Glean all distinctions between them. Lay the bouquet of lies, explanations and objections on your gravestone, sweep away the certainties that fall there like autumn leaves. But do not look upon the everyday with everyday eyes. The most elemental questions are always those you do not ask, and if they come screaming into your ear, do not even listen until you have run beyond the limits of time.

*
With ornamental flagstones, flowerpots and well-ordered public transport, the city centre covers over its self-hatred in times of peace; decommissioned streetcars, bearing the odour of humans from the frightening outer districts, are directed to terminal caverns. Life here was never anything but the art of a slow-motion massacre. Following the cordoned zones, the alert mind can imagine public hangings and schizophrenic love, entering the dream that such wishful action might itself be politics.

Sometimes it is necessary to wage a war. After all, the deepest of human relations have never been peaceful. Any single person is far too narrow for so many wants and desires. He who possesses no eyes or ears, who always brightens in the presence of others; he with the owl-eyes, a millstone around his neck as he walks, calling himself “I” for the sake of simplicity: not one of them inhabits this world. All betray themselves. Their state is emergency, though they are nonetheless capable of delighting in their defeat. In vain does this poet pronounce decrees against them.

*
As a matter of fact, what is my problem? Someone born on the same day I was, and who has known me for twenty years or more, asks me: Is this all because it is closing time? Hopelessness Boredom? And looks at me, as if there were some true explanation. In exchange, I tell a story about a grey heron. I once saw it in a city by the sea, in a parking lot, standing on the roof of a red Peugeot. It was waiting for fish to be thrown down from the upper floor of a house. Every morning the same improbable presence, out in the sunlight. Take this heron, I said. And compare it with whatever you wish.

*
If ever you leave here one day, throw no coin over your shoulder. Imagine, with closed eyes, sitting on the far side of the moon, your insides iced up, and practice the art of slow murder. Surely you have always been the astronaut of your feelings, your spaceship a sheet of blank paper. Do not pity those below who display their scars when battle is done, dreaming of Sundays fragrant with food because they cannot conquer hardship. Take nothing from here. Do not believe the rivers, the oceans! From here, the only escape is upwards! Remembering is of no worth here upon the earth. 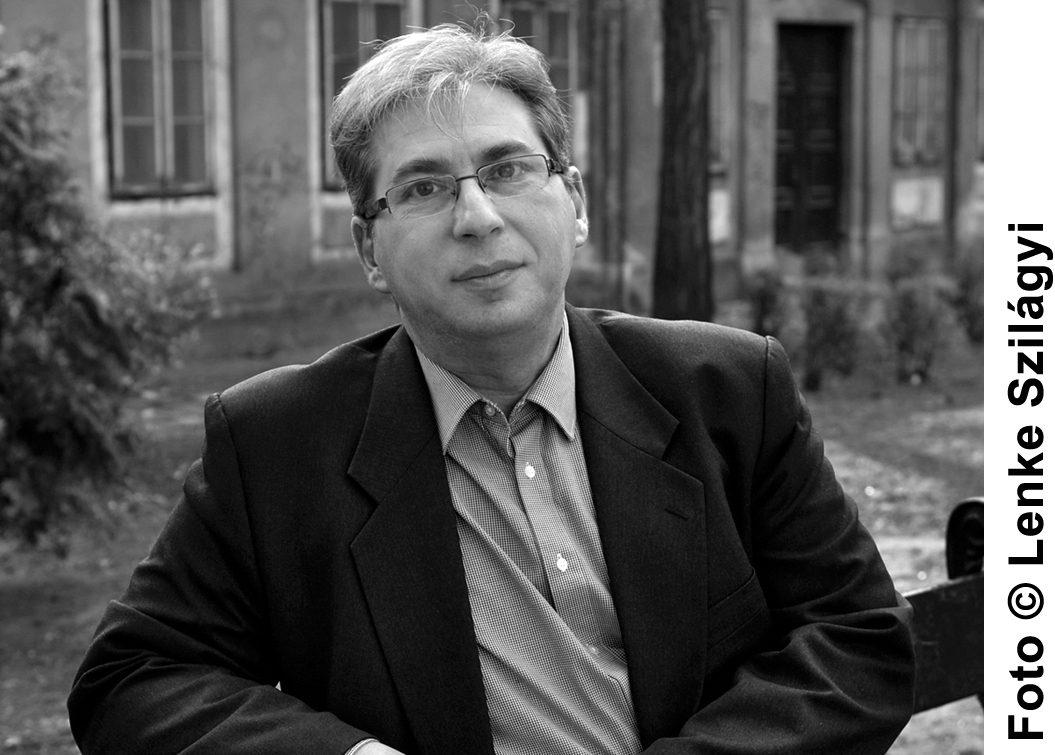