You don’t even know what it is: to remember a river,

approach, force yourself to think: River.

What did you see?

A Greek in a creek from a children’s song and many names of bridges,

your hand in perpetual motion

strains to fill the fingers of a glove

while touching the railing.

And you in a puddle of course in a skirt shrunk by time,

you and Petya trapped in embroidery, in satin stitch, in a crooked frame,

I try to mend as I am told, like an obedient wife,

but the misprints and your endless cold

one way or another will make you sad. So

stop rubbing them, and I’ll leave

the river, the air and our loves in peace. Don’t touch the air with your hand

and I’ll stop being didactic. Then

Don’t think of streams of ink or rescue boats

You don’t even know what it is: to remember a river

that’s not an extended scream

You can’t say: look how it twists and turns,

and signals of longing are caught by short waves—

remember the river doesn’t stop, not for granite dust,

for gray hairs, for the petty battle

between lathered cheek and razor,

not decorated with silver like the soldiers’ uniforms, not eyes

widening, not in magnifying glasses, not in waves

of boulders and flounces, not in voile, not in lace,

which is really silly,

to remember a river that’s not typed in italics, not scattered in composition.

Give my regards to Boris the turtle if you see him.

In any case you don’t know what it means

to look out of Titus’ city past the hills of Moab,

trying to remember, not the islands of dung piling up by the river,

carrying it toward the bay,

not the olive trees or the weeds, not the two river banks

at the same time, left and right,

not creased, not pleated, --

to remember the river not with a shiny oil spill

around the meatball sailing from the direction of Kirov’s factory.

Approach the river, force yourself to think: River,

when you splash in the puddle without noticing the old man

fishing with the pair of silver arms

from his eyeglasses. Nota bene: Love old men for they are our future,

old women too. A pair of silver arms – that’s all I have left

to remind me of your husband, while trying to remember the river

and of many others, left and righteous,

and mine, among them for the first time.

An Arab on a donkey passes below and I try

but rather the river:

not stopping, not long,

not dependent on words.

The Arab riding the donkey

moves through the scorched valley.

Gali-Dana Singer (Гали-Дана Зингер) is a bilingual Russian and Hebrew poet and translator. She was born in what is now Saint-Petersburg, Russia and studied there at the Institute of Theatre, Music and Cinematography but left without obtaining a degree. She moved to Riga in 1985 and then immigrated to Israel in 1988.

There she has published her first poetry collection in Russian in 1992. Several poetry collections followed, both in Russian and in Hebrew, published in Israel, Russia and Latvia. Also she published rather many translations of poetry from English and Hebrew into Russian and from Russian into Hebrew. Together with her husband Nekod Singer she was running since 1994 several periodicals of which the most long-living one is Dvojetochie (Russian for 'colon') currently appearing online. 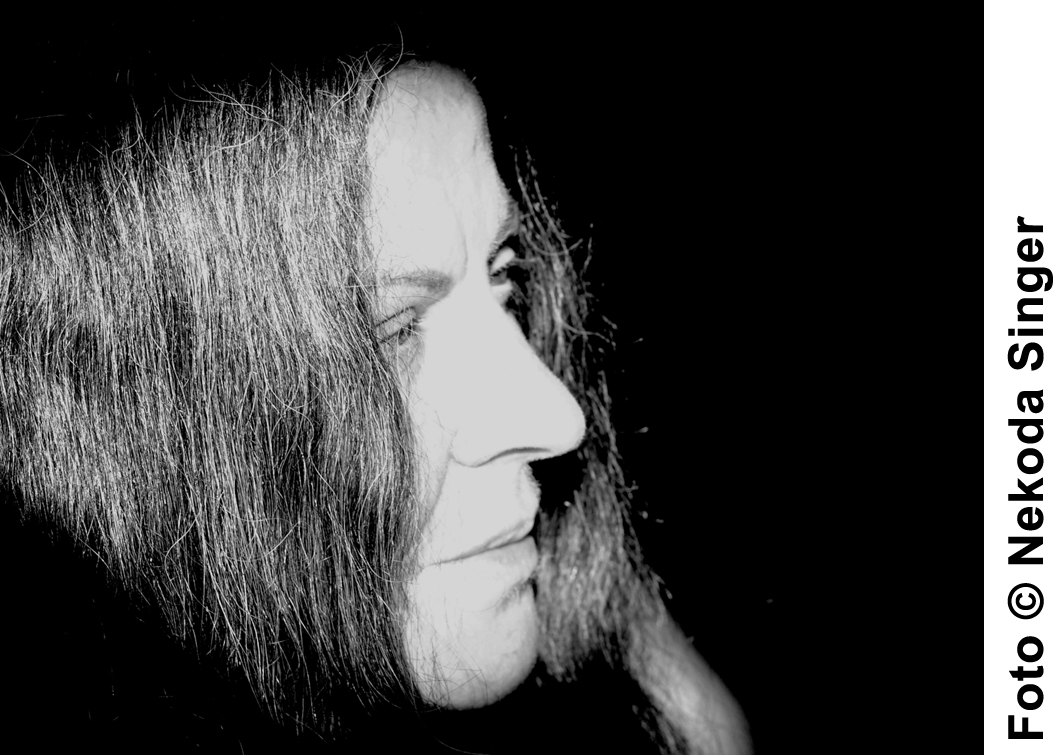