Once a month you ask Where have the children gone?
They’ve gone to Fiji. Our children have all
run away to Fiji. Where are they now, all our precious

pronounceable children? One is standing beside the remnants
of a Taukei taxi stand. Coral Sun speeds past her and a bitch
dragging her teats in the dust. Our children have run away

to Fiji and when they get there they make entirely
different noises. This one used to sound human, like a laugh
now there is more of a yawn to him in the mornings

a knock, a vernacular; a measurement known mainly to those
who live in America or Australia. But they were so human to us!
Now they are so much more, so much has changed.

Oh, this child! On display like a giant clam at the Suva markets,
the most coveted, the sweetest parts the most colourful,
the intimate mucous. Her name is dirty, a filth not

of her own making. Where did she run away to? Surely
not here, surely not under the towering coconut
palms, waiting to be the one in seventeen, her skull

cracked by the dropping cannon balls, nothing
at all has changed. This child is slicing up
the giant clam, tossing sea grapes. Well

she is and she isn’t. That is certainly her hand
holding the knife, making the portions small
enough, dicing, then using the blade to push

the white, shining cubes aside. That is most definitely
her silhouette against the window, her head turning
to the cluck of the gecko, turning off the fan

saying I’d rather have the heat than the noise.
What is it there, right in front of her? That same
vast sea, the barking sewer, the yellow

indigenous hibiscus, the sewing,
the woman who collects things and sure enough
one day they do come in handy: sulu in lacquered

pink and blue, lotions for softening the skin
which smell of tiare and frangipani, green
coconut flesh a glossy white jelly once a day.

Our children travel to Fiji on one another’s
tongues, rugged up against the altitude
relaxing into the heat of the concourse

at the other end. The brother-in-law drags
around like a motley dog, he wishes he hadn’t come,
tries to forget the mangrove between her legs, the way

all poison enters the body through the skin or the mouth,
watches through the magnifying glass of his dive mask
the slow fish living their economical lives, all sprees

are killing sprees. Just who is in charge of our children here?
In twenty years ivy will tension the walls
of Suva Grammar and St Joseph’s, this one dressed

till her father hears about this, we will throw her
up in the sky, she is a good soldier, a good
soldier, our love moves towards her, around

her neck. But our children – so puzzling. So much older
than they are now, they cast their light on us and it falls
in beads and seashells, in eight-legged battalions.

Here it is more like a vehicle. Where are our children now
and are they sleeping? Watching this green bird
the size of a starling that sounds to us like a car alarm?

Soaking the seaweed that looks
for all the world like a pile of human hair
and watching it set, white, in the lolo?

This one is a river named after himself.
This one got drunk and went swimming in the aquarium
at the Trade Winds Hotel. This one

is still a child, and it’s been such a long day
he’s been getting an early night
waiting to swim, swimming for hours

learning to snorkel, finding the bird’s nest
saying all the words at once
sobo, isa lei, ota, umu

tulou, oi lei, vinaka vaka
levu sara, and now he is tired
this child is so tired he can’t dance

to the Fijian mariachi band playing
Waltzing Matilda and Under
The Boardwalk. In the stiff chair

under the fan he falls asleep
a slow metronome
above his plate of papadums.

Hinemoana Baker was born in 1968 in Christchurch (New Zealand) and grew up in Whakatane and Nelson. She has tribal connections ranging from Otakou Peninsula to the Horowhenua and Maunga Taranaki.

She is a poet, musician and playwright. Her writing has featured in anthologies and literary journals, and her first collection of poetry, mātuhi / needle, was published in 2004.

Baker studied Māori as an adult and her love for Te Reo comes through in her poetry. The poems unite observations and experiences of childhood, family, emerging sexuality, politics and culture. Hinemoana Baker was appointed 2009 Arts Queensland Poet in Residence, and she performs regularly as both a poet and a singer-songwriter. 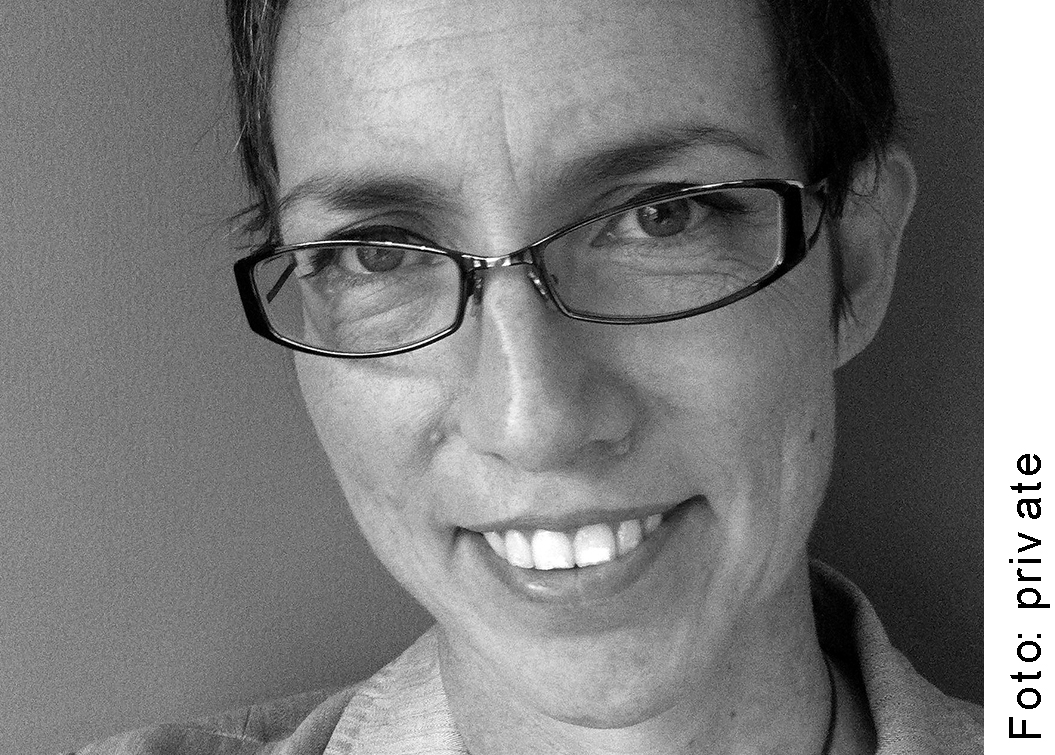