The film was rumored to have disintegrated, but that was not the case. A copy of it existed in the library of the small town where the director had been born and where he was last seen entering a theater that has become a small but enduring monument to his artistry.

According to the descendants of those who first saw the film, some of them many times, the story was not the main reason why they returned over and over again to the theater, to sit in the dark and watch the characters make their way across a silver tundra that was clearly fake, survive innumerable catastrophes that were staged, and, in some cases, under rather preposterous conditions demanded by the machinations of an improbable plot, and, towards what one critic referred to as the classic dénouement, fall in love without their every movement toward each other having been accompanied by music, it was that none of this happened as it had been carefully planned, blocked in, and rehearsed; that accidents of all kinds kept sneaking in, like a three-legged dog that manages to run off with the Sunday ham and not lose the slice of pineapple and maraschino cherry that have been attached to it by the slimmest of means.

Legend has it that the dog made it to a traffic island on the other side of town where it was able to devour the pineapple slice without disturbing either the cherry or the ham, which is a Class A type of unexpected occurrence shooting through the film’s darkest crevices, its painted lightning bolts jagging deep into the mineshaft down which we all occasionally tumble, like Alice, once we emerge from the theater, and step out onto the busy street.

The more intrepid members of the audience reported that they made their to the Empire Diner for a dinner consisting of a small green salad, chicken croquettes, mashed potatoes,

and string beans that have never been known to be green. Chocolate pudding provided the right conclusion for some, while others preferred the bread pudding topped with a
dollop of cream. It seems that no one asked for a coffee, because they did not want to miss out on their dreams.

You and I took a different route, and, like the heroes of the film, we ended up facing the prospect of crossing a mesa filled with snow. In the distance was a small farmhouse, smoke curling lazily up from its sturdy chimney.

The camera zoomed in, and the close-up followed.

A man came out on the porch, followed by two small children, and a cat. Each of them waved, but the children seemed sad, and the circular motions their hands made was clearly an action that they had repeated many times before. They were methodically trying to wipe clear a window to see what was approaching from the other side.  For those in the audience, this moment, where we began hovering in the air, as if we were butterflies or birds floating above the story that was running beneath us, is what we still talk about when the oven is warming up, and our hands sift through the flour as if it is hiding something that that has been misplaced or lost. 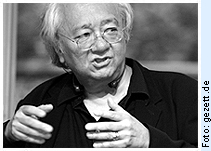