She was navigating a different kind of spectacle
in the bumper to bumper traffic before us
she said,

Shhh, don’t look at it, we’ll be past this soon

shhh..don’t look at it, we will be past this soon

Titilope Sonuga (born in Lagos) is a Nigerian-Canadian poet, writer, actor and performance artist. She has taken the stage at festivals in Lagos, New York, Edmonton and Toronto among others. Her first collection of poems, Down To Earth, won the 2011 Emerging Writer Award of the Canadian Authors’ Association. Her Spoken Word album Mother Tongue was released in 2013. In 2015 she performed at the Inauguration of Nigerian President Muhammadu Buhari. 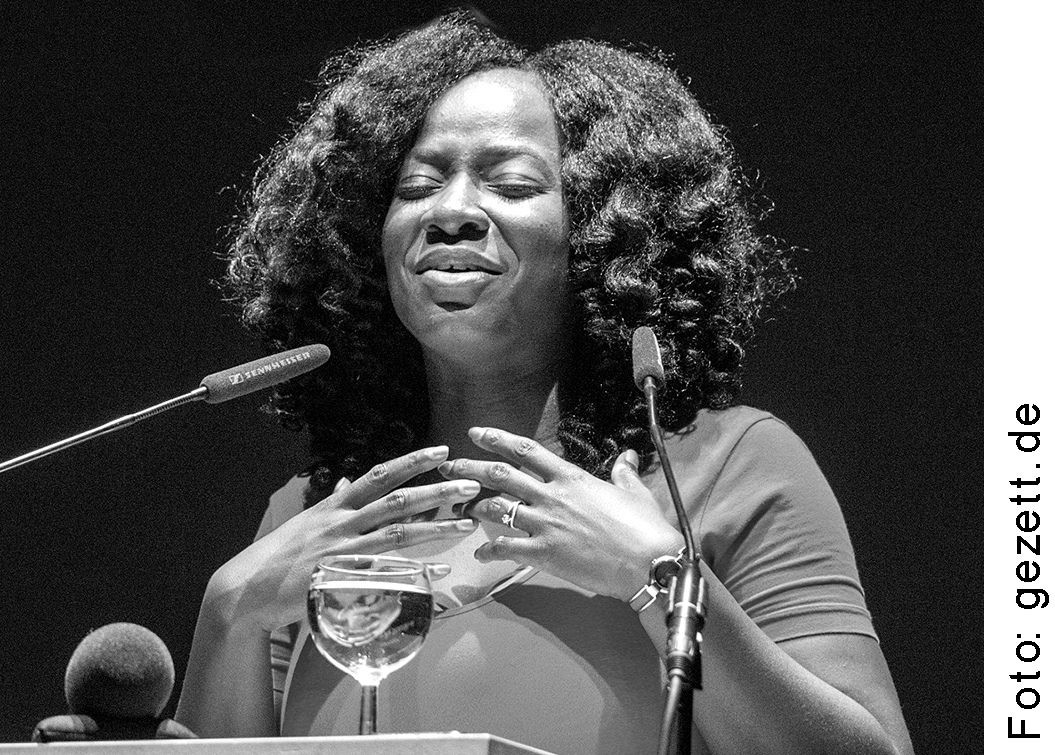