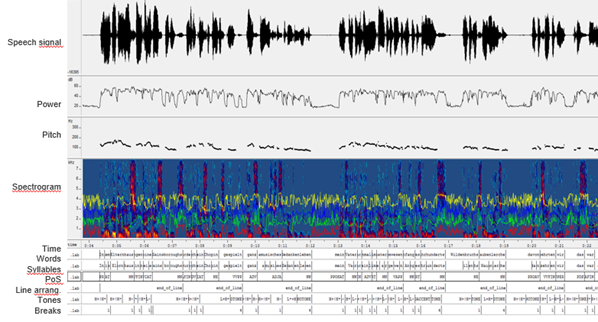 Literary scholars and computer scientists at Freie Universität Berlin investigate the prosody of Lyrikline poems on the basis of an American theory of poetry.

Few of the poems written today still follow a fixed meter such as Jambus or Trochaeus. And yet the so-called free verses are not completely free of rhythmic structures. American theories of free verse prosody assume that modern and postmodern poetry has developed its own rhythmic patterns, which are oriented towards everyday language, musical styles such as jazz or bebop and the poet's breathing.
The Rhythmicalizer project team at FU Berlin has applied this theory to our German- and English listening poems and is currently examining them for prosodic and rhythmic patterns. We will successively present the results of these analyses in our new categories 'Rhythmic Patterns'.

The theoretical basis of the study is a US American research discussion hardly known in Germany, the so-called free verse prosody: 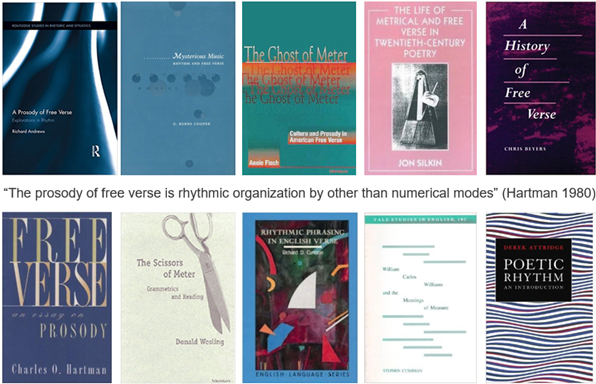 The most important theoretical orientation of this new theory of poetry was provided in 1980 by Charles O. Hartman in his influential study Free Verse. An Essay on Prosody. Hartmann assumed that the free verse was prosodically, but not metrically: "the prosody of free verse is rhythmic organization by other than numerical modes".
On the basis of this thesis, the team asked itself two basic questions: Is there a rhythmic pattern in a poem? And: Are these patterns repeated evenly? The proof is attempted on the basis of digital pattern recognition, in which features such as syllables, lines or prosodic units are recorded with OpenSourceTools (Wavesurfer, CMU Sphinx, PoS-Tagger, ToBI, WEKA) at the poems. (see above figure of a digital sample analysis).

On the website www.rhythmicalizer.net a total of 18 different patterns beyond the normal metric and their digital analysis are explained in detail. By mapping these patterns on lyric lines as well, it is possible for the university, for scientific research, but also for school lessons to examine listening poems according to formal criteria and to discuss them with pupils and students in class.

The project itself is funded by the Volkswagen Foundation as part of the call for proposals "Interaction of Qualitative-Hermeneutic Methods and Digital Humanities:'Mixed Methods' in the humanities? The project is managed by the literary scholar Burkhard Meyer-Sickendiek, the digital sub-project is carried out by Hussein Hussein and Timo Baumann.