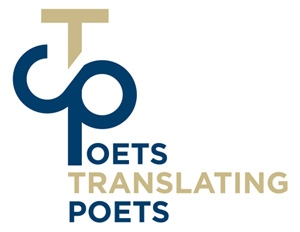 German poets meet their colleagues from India, Bangladesch, Pakistan and Sri Lanka in South Asia. The poetic encounters were initiated by the Goethe-Institut in collaboration with Literaturwerkstatt Berlin. lyrikline is a partner in this wonderful project and looks forward to upload 30 new poets from South Asia as well as the results of the translation workshops during the next months.

„Poets Translating Poets“ is a pioneering project that introduces German poetry, yet largely unknown in South Asia for the first time to the region, encompassing a diversity of regional languages from Karachi to Colombo. Likewise, contemporary poetry from Bangladesh, Pakistan, India and Sri Lanka will be translated in German by well-known German authors. The project will involve approximately fifty poets and comprise of almost eighteen different languages, among them 16 German speaking poets.

The development of the project will be documented in phases on the website Poets Translating Poets. This website functions as a representative multimedia archive and a platform where all the activities of the international project converge, including notifications of relevant events; original poems and their translations; essays on contemporary poetry in Germany and the specific languages of the subcontinent; interviews with poets, translators and photographers; as well as short biographies and portraits of the poets. Except for some of the translations, the whole website will be made available in both German and English

In Germany the idea and the principle of the poetic encounters is known as VERSschmuggel: poets translate each other with the help of interpreters and word by word translations. As a result, poetry is translated into poetry.

The encounters of the project are:

After the translation encounters with the poets of South Asia between July 2015 and March 2016, the decisive phase of ‘Poets Translating Poets’ will follow from June 2016 to December 2016. The participating poets from South Asia and Germany will travel in groups to numerous events in Germany. Literaturwerkstatt Berlin will commence this phase with the colossal Poetry Festival in the beginning of June 2016.

A Project by the Goethe-Institut in Collaboration with Literaturwerkstatt Berlin and in Cooperation with the German Commission for UNESCO.