The other day I looked into your eyes in a stranger's face on the metro.
There are days like this when everything somehow jogs my memory.
Someone's a bit like someone you get off look at them and then no.
But this is another year past things can't be never-ending.

In the same way an old classmate walked toward me just like she was in childhood.
I never thought it would happen to us too incidentally.
Oh god how much I would have liked to be beside you.
You're standing there in the metro and bang you grow old suddenly.

Somehow my hips are getting wider as well I don't know the reason.
For all this I find it really neither pleases nor tires out.
Looking into that other face it was so confusing.
There you were with your stranger's eyes looking at my stranger's mouth.

Sometimes I get frightened I seem to hear my mother when I'm speaking.
At the cinema recently she almost talked to me from a mirror.
The way she held the soap suddenly I was struck by the feeling.
All those shitty years what a pointless waste they were.

Not to mention the man I live with in certain familiar intonations.
Our dog also reminds me a lot when it looks at me that way.
About my mother just now I wasn't exaggerating.
Mind you why I'm talking about all this stuff I can't say.

It was the last Christmas when I was still a child I got a kitten.
We lived next to a food store the busy road was snow-covered.
It saw me ran to me crossed the road in that instant.
How many times must I learn these things all over.

Prior to let's say a pebble a chestnut a tree leaf.
You'd answer that's exactly why and actually it could be.
A thing that I know as well and I who had seen it.
Nonsense I say I've become creation's keenest student.

Last year at the beginning of autumn when we first moved in to this house.
Nothing but dust paint everywhere nothing but thinner.
We hoped perhaps our breathing would change it chase the whiff out.
Then it got gradually cooler after that I can't remember.

Suddenly in the mornings we couldn't go out on the terrace.
You sat out with a coffee and started to get cold with your coat.
Off with your coat off try to settle in the empty places.
Somehow you sort things out you manage to fall on your feet.

Like some far-off season this light of today it's so unhomely.
It's like I'm somebody else or it's more like I'm elsewhere.
I went inside for a cardigan even though it's still only.
Not so much the colors it's more the quality of today's air.

To know it's not summer sketching itself but the face of autumn.
See that leaf a mouth-shaped rust patch silently stains it.
My little son stares from the past a baby-eyed kitten.
Still air's thin smoke signal I gaze at gaze at. 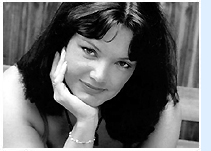