in Erinnerung all dessen was sie verlor.

glisten in shadows of woods.

Fragile though richly so coloured,

Slender and vividly red their

claws are so perfectly female,

welcome so lithely as snakes,

look for me after some decades.

Velvety sounds for the moment,

finding their greatness in memories.

in twilight the amber eyes piercing.

Also when lying there slain,

a falcon’s remains in the glades,

burdened by weights due to wind,

Wings are mirrored in rivers,

embellish the light and the air.

Encountering you who condemned

foliage that has in one’s eye,

chased along allies and sidewalks,

with feet that are bony deformities,

renders the picture of innocence,

trampled alongside the street.

Traces as if made by Leonardo,

heels that have quickly retouched.

openly obscene as in death.

on track from fodder to danger;

more locked than a candle’s flame.

Still in the pigeon’s blue loftiness,

cast in a statue’s bold shadow,

or wings that are fully stretched

as Symbols of ethereal dreams,

the notion of once having

resided in a world that has value,

nourished by a forest’s dominions.

Cynical minds will still claim that

they’re just a pest and a vermin –

could pigeons by chance ever fly?

If you perhaps were to see how

sickly and ruffled they perch,

alongside their eggs are so putrid,

in places where matt poetry glows

remembering all that is wasted. 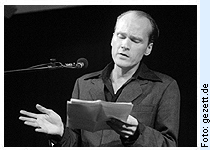