December 81. Government of Jaruzelski closes all borders
of gentileland. A woman sprays
herring broth—deliberately—on the stairs and in the garden.
Yes ,because of fish-stink we flee the country. In Westphalia
among cars, riflemen, cows we are waiting
for the broth. It will boil. Keep waiting. It will boil. Don’t be afraid.

Volkswagens. Silverpassats, made of gold, a child’s tear.
Clay mountains. I vomit on the car. Poldi’s transporter
hurtles into the shop. No one is waiting
for us, icecream volkswagen roasts in the garden
Father imposes fermatta on the hollow.
And somewhere it is still December, Jaruzelski still closes the borders.

Where is it again, my Westphalia, gentle garden of smoke in backyards,
where is Mrs. Werners,
and Madames Utes and Kernebergs, and Mr. Deuschauto
in what country, in what garden,
in what gray?
Jaruzelski shuts borders. Rality opens his veins. A child boasts.

In public toilet before the antifa cadre, wait
because the author of this poem does not speak leader-ish, she
doesn’t spray herring soup on anyone.
Because of fish-stink we flee our country. Yes, martyrs Bloodthaers, dung tongues babble, each of us is the stupid dada artist baader, O me!
this unkind me, of venus dungballs.

Me shaking, me without medals, with whore legs,
without a country.
O me running into cult, sliding, through Westphalia
Young girl, moira travels, is just crossing, into etcetera,
quiet blood, sto-o-p,
is that the girl who was swallowed by the rooster’s head, Dr. Nasty,
where are you, with dandelines in your lisp, maria and marta,

you, who whips Poland into German-whispering grief.
A blur in which four Polish gentlemen
slap each other on the cheeks
each time one of them says freedom or I love
they are hitting each other while
whoever invented genetics in this god-forsaken country plays hockey.

Beer-lit, crocuses in the bowl, stovepipe, ah, a hole.
What is December 81? Neck snaps. A body is dropped into hole.
Ans now the city of Borde is a small cabage.
It is January: a human being grammars oneself, dies, is gone, stands
on the psychiatrist‘s scale. I
do not know who is Jaruzelski. I am this and I am that. I hang around in groups of four, I keep running,

perhaps I‘ll give birth to a dog. Perhaps the borders will open. I cart the children. Yes, I echo dust
to dust. Ashes to ashes. 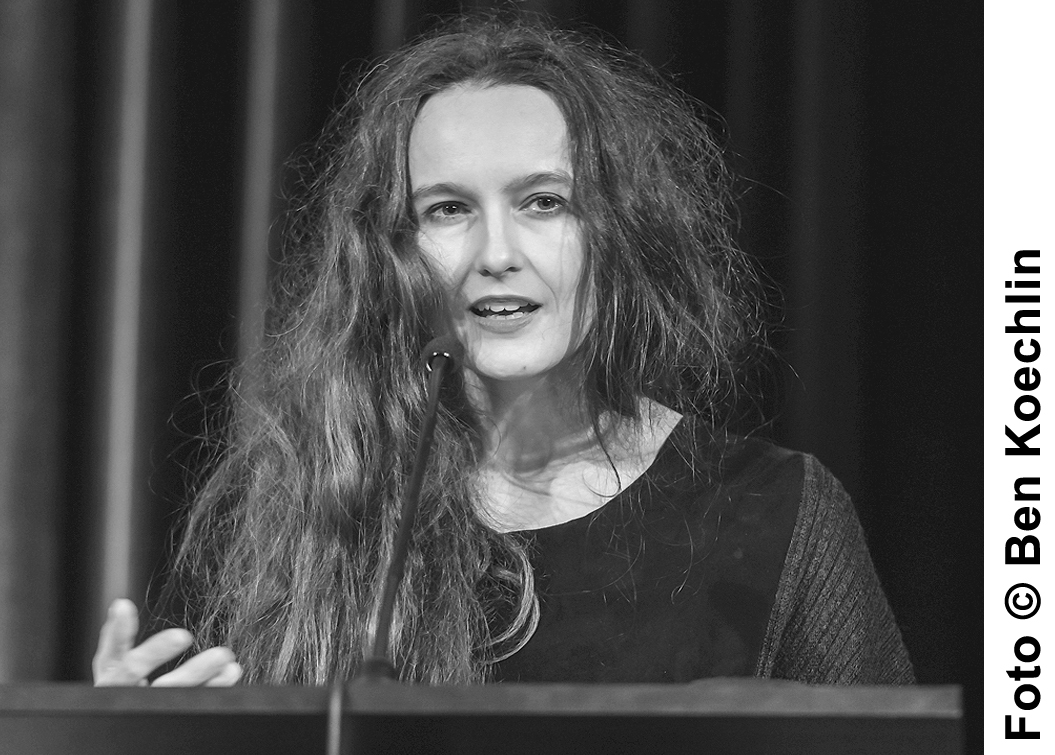