So there I was, almost at the crossroad
Stuck in a sudden storm of bikers, men in leather, engines snarling.
Flags spurt skywards.

I froze at the metal barricade, the seam of sense unpicked,
Brown body splayed.
In the aftermath of light, what proof is there of love--

Buoyancy of the soul hard to mark
Apart from the body
Its tenuous equilibrium unpicked,

Wave after wave of arrival
Etching questions in encircling air
As if life depended on such flammable notations.

You come, sari with blue border blowing,
Just as I saw you first, head bare.
A sudden turn on asphalt, you reach out your arms

As if in a palash grove and call to me  --
Come over here!
Sometimes the bleeding petals bring down a house

Bring down a Republic.
Children are bought and sold for money--
Ghee to burn her. Teen taka. Ten rupees. Ek taka one rupee.

Cloth to cover her with.
Camphor for the burning. Bhang to make her drowsy.
Turmeric. Chandan.

You halt at the crossroad , hair thrummed by a savage wind
(Later I try to follow marks of feet, touch cold cotton
That lashed your flesh in place).

I hear your voice --
Brood, and it will come, a seizure of sense, a reckoning:
Write with chalk, sticks of lead, anything to hand

Use a bone, a safety pin, a nail, write on paper or stone
Let the poem smolder in memory.
In the desolation of time write

How one inked the bubble with a woman’s name
Way at the top of the paper ballot, saw her own hand quiver.
This was in the school with empty metal desks, near Fort Tryon Park.

One set her nipple to her infant's lips
Felt her heart sprout wings, flit over the barbed wire
Of the Immigration Detention Center.

One whimpered in her sleep -- Mother, I know I am a tree,
I trail my roots behind me, the man with bad hair will axe me down.
One daubed her face with white paint, crawled

Into a cage outside the museum, hung a sign round
Her own neck -- We are barbarians come to live amongst you,
Some of us speak this language.

Hoarse already, you whisper --
Come closer to me.
You who were born in the Gangetic plains

A year after mid century
Consider the fragility of the horizon,
The arc of stars into which your father raised you.

When you fall, as surely you will one day
Try to swim forward into blackness
Arms pointing to where you imagine the vault of heaven to be

As Draupadi did, a great throated cry
She made in the forest,
Only the birds could save her, they picked up her cries.

Think of Antigone, who anointed her brother’s corpse with dirt
To keep away the wild dogs,
She too made bird sounds, guttural cries.

Go to Standing Rock, where people mass outside their tents
In splintering cold, to guard the quiet springs of water.
There the palash blooms,

Tree used for timber, resin, dye,
Tinting the nails of the love god.
On its leaves names swarm –

From the shadow of musk deer,
The green throat of the humming bird,
In the honeycomb of light, they step forward to be counted.


Note:
The opening stanzas are set at the crossroad outside the Graduate Center where I work -- 34th and Fifth in New York City. This was soon after the presidential election -- stuck at the barricades I saw a procession of bikers, in leather and metal with American flags flying. As a brown woman, an immigrant, I felt so marked. In my mind’s eye I saw the great Indian writer Mahasweta Devi, spectral now, coming to the crossroad to give me courage. The poem travels in inner space and crosses the disparate geographies that compose me. Its only in the shining space of the imagination that these worlds stitch together --  something the poem allows me to do.I read out an earlier version of this poem (`Winter Light’)on the steps of New York Public Library as part of the PEN America Writers Resist Rally, January 15, 2017. 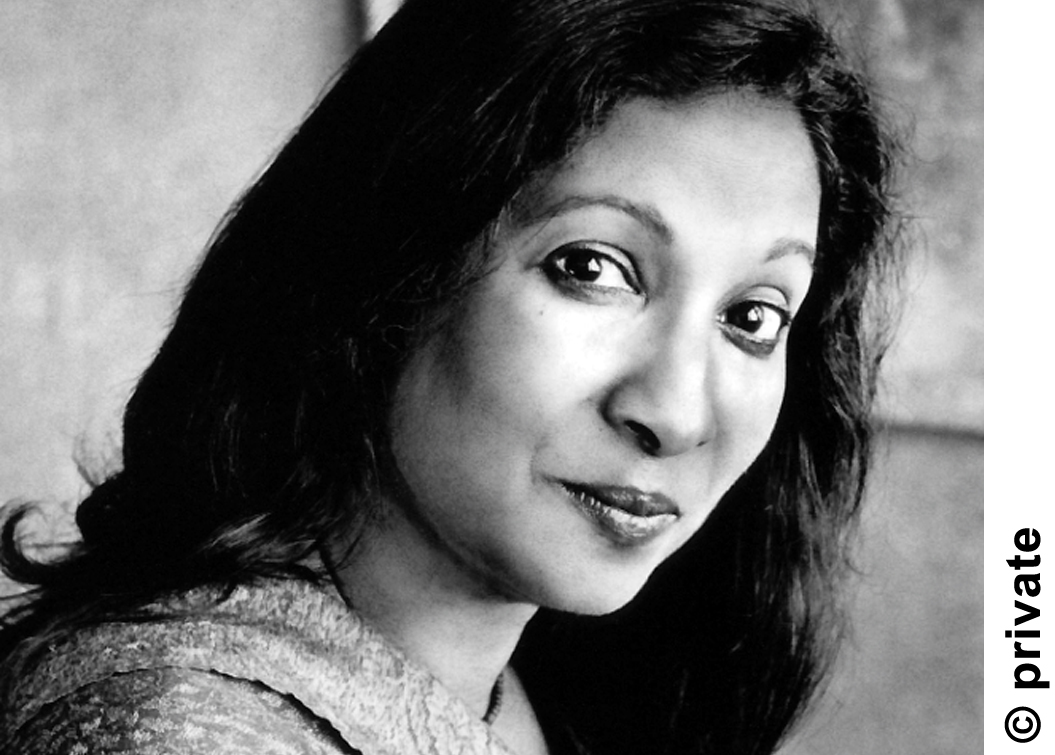