“Free” is a Lonely Word

You, a memory of loneliness, a single word
wandering the mountain ridges of my brain
over steep cliffs descending into cold ravines.
Like a leopardess tormented by hunger,
it moves swiftly without leaving a trace.
The word tells me:
it doesn’t want to disappear into emptiness
as if it'd never existed. It wants me to see it, to track it
like a hunter, and find it in the memory,
and speak its name aloud.  But I really don't know
where to put it.  Word, where can I place you
in this world?  This world that's not even mine,
a world of politicians, a world of businessmen.
I'm walking here as if on a knife's edge, or in a maze.
It's a maze indeed.
Television and newspapers all teach us rules,
the ins and outs of games. Everyone says
you need money to be happy, to have dignity.
I see the doors on the great maze opening wide.
I don't want to enter.  I'd rather
face a single flower, a bird, a star.  I'd rather
shut myself in this room
I'd rather let you, word... disappear.

SUN Wenbo (1956-), born in Sichuan, southwest China, spent his childhood in the countryside and went to school in Chengdu city. He served in the army for a few years before working in factories, and became a literary editor in the mid 80s after he published poems while working as a blue collar worker. He gained recognition first in Sichuan, then became prominent nationwide in the mid 90s when he joined his friends Zhang Shuguang and Xiao Kaiyu in editing the poetry journal “The Nineties” that promoted “narrative writing”. He was invited to the Rotterdam International Festival in 1998. 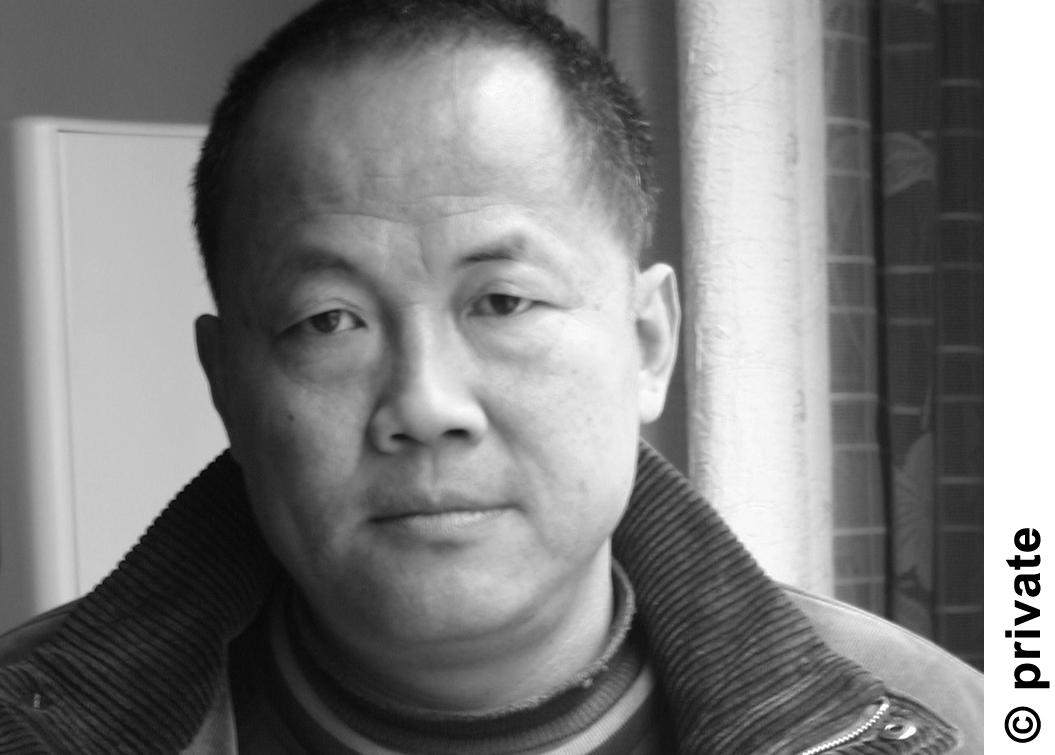 Foto © private
SUN Wenbo is a prolific writer with numerous collections published and has also served as editor of several journals such as Poetry Review and Contemporary Poetry. He is outspoken on debates and issues regarding Chinese contemporary poetry and has criticized the poetry in the 70s as nonsense, chaos, no logic, no theory, non-poetry but slogans. He rejects the fragmented phrases of lyrical nature and unrelated images in a poem, and promotes a new prosody similar to that of the Song Dynasty with Opening, Development, Change, and Revelation. To him, every single step is important in building a poem. As chief editor of an independent poetry journal outside academia, he is quiet influential on some young poets in China today.