Hendrik Jackson was born in Düsseldorf in 1971. He is a poet, translator, co-initiator of readings and campaigns, editor and essayist. Jackson is also part of the editorial board of www.lyrikkritik.de. 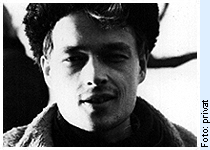 Foto © private
In 2005 Jackson received the Wolfgang-Weyrauch-Förderpreis (Darmstadt) for his poetry.