The Poplars of France

All along highways the poplars of France,
poplars in meadows or among garden-plants,
all around they recede or else they come near,
with some of them crossing, some making a square.

God gives them a pat, or a shove from behind:
they all march in order, they all have a mind.
Enclosing the fields, their treasures they tend,
making way for the traveller and lending their strength.

A tall one soars skyward and takes pride of place,
two weaker ones lean as they try to embrace.
Gazing down at a dark hidden spring there are three:
its mint they adore, and its bumblebee.

And all of them, light as the mist in the wind,
will sweeten the earth, make the heavens more kind –
the soil with its furrows of shady well-being,
the sky with its clouds of bright down, ever fleeing.
The triumph of tallness, delight of a corner,
along the horizon they stand, guards of honour.

And even if France by sin was disgraced,
still they’d watch over the honour of the past,
emblems of virtues of old in a frieze,
and taller than lances of those ancient days.

And, gracious companions of the Divine Mind,
each one serves an angel betrayed by mankind,
and in ranks that pair up like rhyming verse,
they march off to mass, as though they were soldiers.

Josep Carner (Barcelona, 1884 - Brussels, 1970) is known as “the prince of Catalan poets”. He renewed poetry, language and prose and created a new style of political journalism. He graduated in Law and in Philosophy and Letters and embarked on a diplomatic career, during which he was posted to Genoa, San José in Costa Rica, Le Havre, Hendaye, Beirut, Brussels and Paris. During the Spanish Civil War, he remained loyal to the Republic and thereafter never returned to make his home in Catalonia. 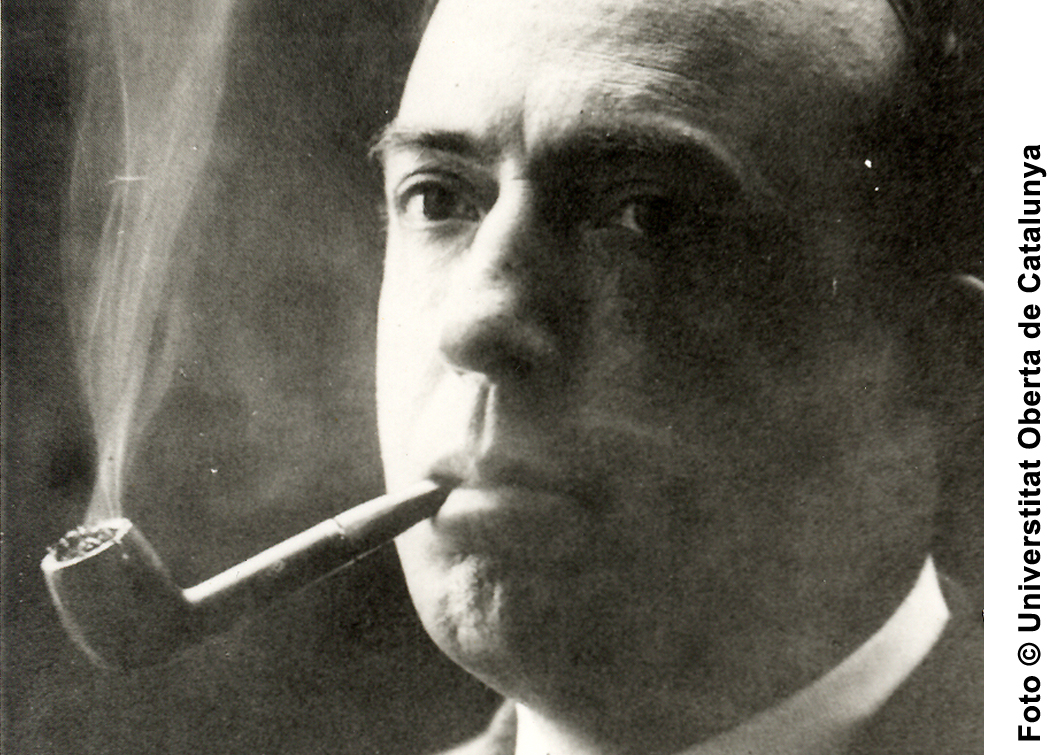 Foto © Universtitat Oberta de Catalunya
Carner’s collection of poems Els fruits saborosos (1906, Flavoursome Fruits) is regarded by critics as one of the landmarks of Noucentisme, the movement which he was a leading light of. His work evolved towards Post-Symbolism in books such as Auques i ventalls (Cartoons and Fans), El cor quiet (The Quiet Heart) and Nabí. He was also renowned as a translator of authors such as Charles Dickens, William Shakespeare, Mark Twain, Arnold Bennett, Alfred de Musset, Jean de La Fontaine, Daniel Defoe and Lewis Carroll. In 1910, when he was just 26 years old, he was proclaimed Master of Gay Science at the Jocs Florals poetry competition.