I didn’t believe I would ever learn to die* Eminescu

I wasn’t around when death was for free

The price of bare miles to the women of Bosnia

The price of God’s banners

The price of the emperor’s frivolousness and long-term sickness

The teachers found vows of vengeance in my backpack, and so fabricated chapters of history

I wasn’t around when death happened by chance, on the road

But I was there when my paternal grandfather paid the price of a signature at the bottom of a page, the price of surrendering his village at the bottom of the mountain, of taking the occupier’s hands off of it, the rebel’s taking his hands off of his waist. With the move of a pen, my grandfather’s ink numbed the slope. With the folding of a paper, the mountain folded history, with a handshake, he took the valley’s hand from the tank’s muzzle.

The almond trees died in the cardiac operation rooms, the wedding horses shrouded their eyes with henna and killed themselves.

No one cleansed my ethnicity. But the mountain’s spinal cord broke. And so broke my chance to ever ascend it together, to look at Christ’s footsteps on the lake and copy them.

I’m not the miracle

And I didn’t learn death

The bullet that never meant to cease being a pen

The massacre that passed by the main road and fired peace

When I was walking in the back road

The scent of invasions emanates from the cooking oven

The skulls that paved the city road, they leave the poster hanging beside the bed and lull me, tapping my soft head like a long latmiya. So I stop crying, or they stop crying in it.

My heart grows in the well like a pomegranate tree, each time a branch is broken I climb another on my way to you. All of me breaks, so I become a nest. The birds look in the water and see the laughing face of a Bosnian, I look in it and see your face.

I am the child of tubes crossbred in a medical lab

I was born in the seventh month

After I was beaten by Bosnians in my mother’s womb

Until the Hebron massacre was committed on the cake of my ninth birthday. I lit the candles on the carpets of Abraham’s house. They melted there alone and no one sang upon them. The birthday gifts fall into the well, the gifts fall, vows of vengeance, in my backpack

The vows would’ve dug my grave had they any hands

The mountains would’ve praised it had they any poems

And I would’ve come out

To learn the first lesson

That the smashed skull in the poster is my skull

And that the blood on my shirt 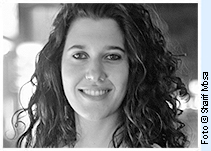